Bitcoin Loophole claims to be a cryptocurrency trading robot that can profit you more than $13,000 in 24 hours. However, what viewers are witnessing here is a full-fledged swindle that has been going on for quite some time. The Bitcoin Loophole program was initially developed by binary options affiliate networks looking to get their feet wet by pushing get-rich-quick crypto frauds. The website bitcoinloopholeapp.com is chock-full of statements and statistics on the company’s success and early users. It specifically mentions the software’s designer, ultra-rich bitcoin millionaire Steve McKay.

The Bitcoin loophole is a ‘get-rich-quick scheme that works by gradually draining your bank account. There is no program, bot, hidden technique, money-making loophole, or anything else these folks are attempting to sell you that would enable you to make thousands of dollars overnight!

According to the video pitch, Bitcoin Loophole is the world’s most compatible software for Bitcoin exchange that making losing almost impossible. A group of knowledgeable bitcoin traders guides and directs the program. All you have to do now is create an account, activate it, and begin trading.

Everything is legal and ethical, according to Steve Mckay. For the next 25 people who use his Bitcoin Loophole program, he guarantees a profit of $13.000 in the next 24 hours. Where do you begin? You may get started by transferring a few hundred bucks from your bank account to Steve’s.

What do you think someone is attempting to do when they tell you that all you have to do is pay him a few hundred dollars and he’ll make you millions in less than 24 hours? Are they trying to help you or are they trying to con you? The fact is that the Bitcoin Loophole trading software isn’t even genuine; it’s a hoax. Technically, the entire tale, logo, and video are nothing more than a marketing funnel that will bring you to something else.

How does the bitcoin loophole work?

Based on the information we’ve received, Bitcoin Loophole appears to be a trading program that allows anyone to trade Bitcoin. Steve, the program’s designer, claims that the theory behind it is the same one he devised for his employer at a Wall Street investing business. They say that signing up for this cryptocurrency trading mechanism is free. They also claim that Bitcoin Loophole only works with recognized and legitimate brokers, which we all know is false.

Despite the fact that they say that joining this program is absolutely free, you will be forced to make a $250 initial payment, which they claim will be utilized to fund your investing account. They also say that you may cancel your investment at any moment, however, this is really a marketing ploy to entice naive customers.

They have not provided clear information on how your money will be utilized or how you will get your money back. In reality, most consumers who have utilized this scheme have reported that the system ceased operating once they placed their initial investment. In addition, customer service is only available before you make a deposit; they do not respond to inquiries once you’ve made a deposit.

Scammers use every trick in the book to persuade you to believe what they say. As a result, they display you favorable testimonials from Bitcoin Loophole users, however they are all completely bogus. Stock photographs are being used again by con artists, who have combined them with some made-up stories. They are also presenting them as proof that their system is lucrative and profitable. It isn’t, though, since the Bitcoin Loophole is a ruse.

On bitcoinloopholeapp.com, you can see how false review sites are becoming a very important component of this scam ecosystem, giving the type of reputation management and online presence that only adds to the scam’s positive or enticing charm.

Okay, so this is where the majority of victims are drawn in by bogus news items. Typically, visitors looking for a quick way to make money with Bitcoin on the internet will land up on fake or phony news pages. There have lately been instances of fake news websites using (and abusing) the names of celebrities and high-profile personalities such as Harry and Meghan, Richard Branson, Elon Musk, Peter Lim, Gordon Ramsay, Daniel Radcliffe, James Mcavoy, Bear Grylls, Shark Tank, Dragons’ Den, and many more.

The website Bitcoinloopholeapp.com claims to be a get-rich-quick scheme. Steve Mckay speaks for ten minutes straight on how you can make thousands of dollars as soon as you start using his “magic” program. He even guarantees you’ll make $13,000 in the following 24 hours! That’s not all, though. He also shows you a working account to demonstrate that it is doable. I hope you don’t fall for such nonsense.

These types of advertising websites, or funnels, are meant to target those who are having financial difficulties. As soon as you leave your email address, the author of the Bitcoin Loophole will send you a rapid remedy for all of your financial problems. The fact, however, is far from that.

Who Really is Steve Mckay?

The Bitcoin Loophole video tells us all we know about Steve Mckay. He gave a quick introduction, and that was the end of it. In that vein, you might be interested in hearing an interesting story about his creation and a supervisor who stole his concept. That, by the way, is completely made up and has nothing to do with reality. If you search Steve Mckay on the internet, you will find that he has been linked to a number of previous Bitcoin frauds. This funnel’s producers are affiliate marketers. They developed the character of Steve Mckay to conceal their genuine identity. There’s nothing unlawful going on here. However, it demonstrates that even those behind this offer recognize that it is not worth it. Otherwise, they would stand proudly behind their goods, as do many genuine internet entrepreneurs.

While the prospect of earning $13,000 per day with no work is appealing, Bitcoin Loophole raises several warning flags. For this evaluation, News.Bitcoin.com made an account at Bitcoin Loophole. When we finished signing up, the statement “You’ve successfully completed the registration and connected to your broker” appeared in the middle of the screen. Another notification then instructed us to deposit at least $250 into the account in order to begin trading. Credit cards (Visa, Mastercard, Discover, Maestro, and American Express) are required for all deposits. There was a significant change in the information and tone displayed by the website before and after logging in. Once logged in, there are no more claims of quick bitcoin gains.

Bitcoin Loophole App is a SCAM application that should be avoided at all costs. The claims of big sums of money are bogus, and you will not make a single penny, but you may wind up losing a lot of money. Unfortunately, it appears like the Bitcoin Loophole is a hoax to us. Steve McKay is a Bitcoin fraudster who does not exist in reality. Every trading method bearing his name is an investment swindle that you must avoid. There are several reasons why you should not use it. This is a bogus firm with no license and no trading community approval. If you deposit money with them, you will become a part of the sinking ship.

Join our Telegram group for more. 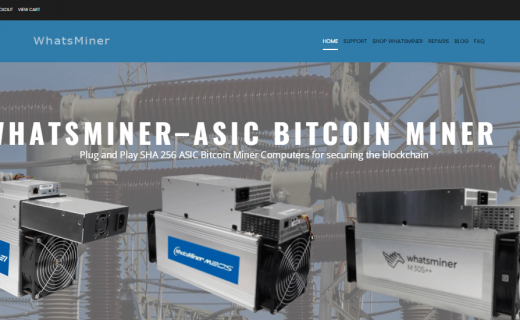 Whatsminer Review: Is whatsminer.net a scam?