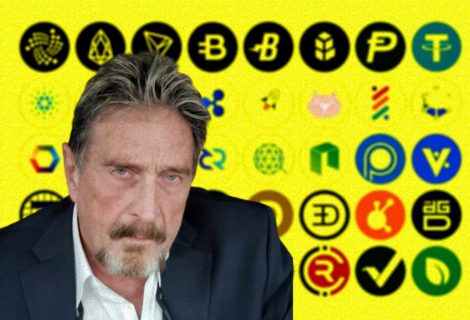 Who is John McAfee?

John McAfee is a 75-year-old man who has been involved in so many illegal activities. He is the founder of a software company named after him, McAfee Associates, in 1987. John ran the company until 1994, when he resigned. Upon resigning, he sold his share for over 100 million. As soon as he left, the company was about to launch an antivirus that became very famous. This company still produces a range of security software. Intel bought the company, and it still bears the name McAfee.

Unlike McAfee competitors who sold their antivirus software for $50, he gave his free and instead charged for technical support and upgrade. This was a brilliant idea that blew away all the competitors.

McAfee made millions and millions of dollars after the antivirus he created was launched.

After leaving the company he founded, he went on a shopping spree. He purchased a 5-acre oceanfront mansion in Hawaii, a private jet, and a ranch in New Mexico that 35 person movie theatre. McAfee also bought luxury cars and artwork. He poured out a considerable amount of money on a 10,000 square foot building and a 280-acre estate in Colorado.

Moving away from real estate and properties, he purchased Lehman brothers bonds worth millions of dollars. After the Lehman brothers were announced bankrupt in October 2008, McAfee lost a lot of money. He realized he was running out of money. He was forced to sell out most of the assets he had acquired, but unfortunately, it was the worst time because he sold at a loss.

Total Networth of John McAfee as of December 2008

In 2007, McAfee’s net worth was $100 million. This was until his investments plunged into a financial crisis. In December 2008, he was worth $4 million.

He created a profane parody video in 2013 explaining how users can uninstall the antivirus software he developed at the McAfee associates.

He founded the Powwow chat program, QuorumEx, and Future Tense Central and has been in the leadership of other companies. These include MGT capital investments, Luxcore, and Every key. His personal and business interests are cryptocurrency, yoga, antibiotics, and smartphone apps. 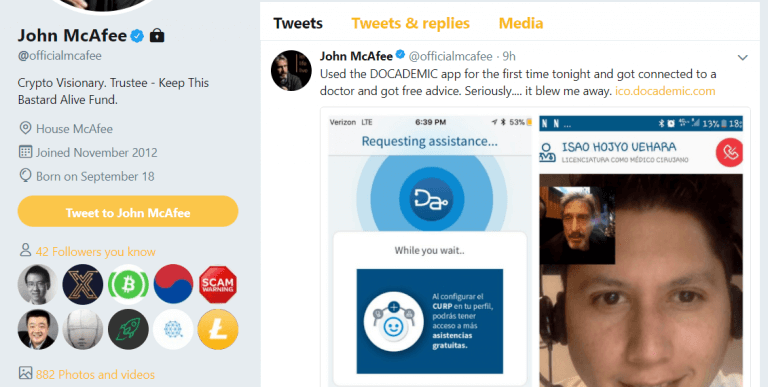 His Twitter handle has over a million followers. He usually describes himself as an adventurer, lover of women, and mystery.

In December 2017, he reported that his Twitter handle had been compromised through his phone. His followers have speculated that the person responsible might have profited by encouraging others to push the mentioned cryptocurrency higher.

McAfee lived in Belize but ran away in 2013 after being accused of being the prime suspect in a homicide case of a neighbor. He had been ordered to pay $ 25 million for damages over the murder. John said he had nothing to do with the murder. He fled because he feared for his safety. In the end, the investigators said he was not a suspect. This case is still pending for the real murderer and is still unknown.

John McAfee as a Political activist

He was a political activist. He launched an unsuccessful bid for the nomination of the United States president (POTUS) in 2016 and 2020.

In January 2019, McAfee, his wife, and bodyguards fled the United States after prosecutors accused him of hiding property, a yacht, and other assets. He purchased them using other people’s names to evade taxes.

The Dominican Republic had detained McAfee and five others to travel on a yacht carrying high-caliber weapons, military gear, and ammunition. They were later freed.

In October 2020, McAfee was arrested in Barcelona while boarding a flight to Istanbul for evading to pay taxes. He failed to report the income he made from promoting cryptocurrency while he did consultation work and sold the right to his life story for a documentary. He concealed more than 23 million USD on social media.

In 2019, McAfee tweeted about his contempt of taxes and how he has not filed a tax return for years. He believes taxation is illegal.

John and his bodyguard and executive advisor were taken in by the United States authorities over a “pump and dump” cryptocurrency scheme. This scheme attempts to boost stock price through a recommendation based on false, illegal, misleading, and exaggerated statements.

The delinquents of this scheme have a position in the company’s stock and sell their share once the hype has led to a higher share price. The prices drop once all perpetrators have sold their stake; hence, the new investor loses all the money. This scheme targets the micro and small-cap stocks, for they are easier to manipulate. Due to the small floats of this kind of shares, it does not take many buyers to push the stock higher. Anyone found running this kind of scheme is subject to heavy fines.

The pair earned over 2 million USD by urging McAfee’s Twitter followers to invest in the altcoins like Reddcoin, Dogecoin, and The Verge. They presented these altcoins as “coin of the day “or as “coin of the week “between December 2017 and February 2018. They were then selling their holdings as the prices rose.

To this day, they used this social media platform because they had over one million followers. Both managed to make millions and millions of money through lying and deceiving the followers. They used the Twitter handle to send messages to thousands of people touting cryptocurrency through misleading statements hiding their true and self-interested motives.McAfee, together with his cryptocurrency team, ran this scheme between December 2017 to October 2018.

Watsons lawyer, Arnold Spencer, said Watson is a decorated and former navy seal. He fought for other people’s rights and liberties and that he is entitled to and is looking forward to his day in court to exercise some of these very rights.

McAfee’s lawyers have not been identified to this date to comment on this. The lawyer is in detention somewhere in Spain.

Since McAfee founded an antivirus in the 1980s, he became a software guru. He has presented himself as an expert in cybersecurity and cryptocurrency. McAfee also plays the CEO of a publicly-traded cryptocurrency company, tweets, and speeches.

Our verdict on John McAfee

John McAfee is a clever person, and he knows how well to manipulate people. A sure thing is very many people are trying to use his kind of schemes. We should be on the lookout to avoid such scams.

We should be extra careful while purchasing cryptocurrency. John McAfee has enlightened us on all his schemes.

Be careful while buying bonds. Investigate carefully about the company you want to invest in even before you do.

Find out more on Cryptocurrency and investment  in our Telegram channel