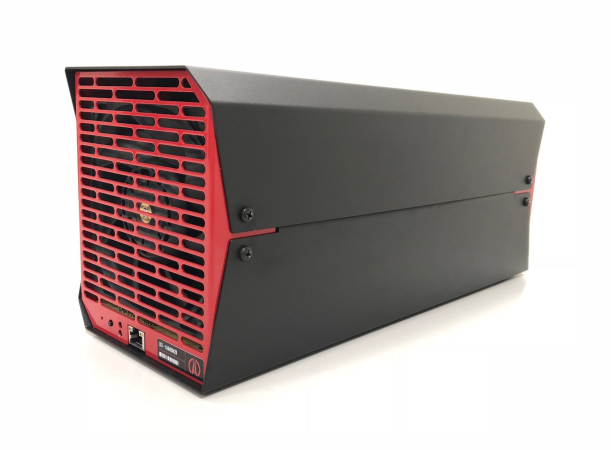 The Obelisk SC1 Immersion mines Siacoin(SC) and produces a maximum hashrate of  2.2 TH/s consuming a total of 1600W.

The Obelisk SC1 Immersion is priced at 6,550 USD on sesterce, including the PSU, and can be purchased using paylib or Coinbase with these currencies - €, $, £, Ethereum, Bitcoin, Bitcoin Cash, Litecoin, Ripple.

Obelisk is the manufacturer known for producing mining rigs for exotic coins. And the Obelisk SC1 Immersion is no different as it mines SiaCoin. The unit comes with a maximum power consumption of 1600W and a hash rate of 2.2 TH/s. Although the hash rate is low, it's quite understandable. There are a few coins to mine with this rig hence, the low hash rate and power consumption. Expect low electricity costs with this unit.

And this is one of the many reasons why users fall in love with the unit. The design is different from other rigs. It comes with a chip count of 128 and 4 chipboards. Released in March 2019, the unit is also known as the SC1 Immersion or 4 Boards 2 Gen miner.

The Profitability of Obelisk SC1 Immersion

It comes with an incredible profit ratio of 8291 percent and an annual return percentage of 3502 percent. Users expect $382 in returns per day with $11.4K per month. There’s a payback period of 10 days with this miner.