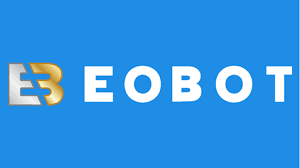 Eobot review: Can you trust this cloud mining service provider?

Before I start with the review of Eobot, let me tell you a little about the background of the company. Eobot began its journey in the year 2013, in the state of California, in Los Angeles. What scares me a little is that the founders or owners of this service provider dealing in cloud mining, have not revealed much about themselves or where they came from. There isn’t an ‘About’ section present on the website, thus securely hiding their identity. When I tried checking out their profile on LinkedIn, even that doesn’t lead to the members of the team or the CEO, for that matter.

The address associated with Eobot is based in California, Walnut to be precise, and is marked as their headquarters. But when I cross checked it with Google Maps, it turns out that more than being the headquarter, the facility is used as a storage area. Probably the mining rigs by Eobot are being run in a warehouse. One cannot be sure of it, but this does raise a few red flags, a definite sign for the users to stay careful.

Let’s have a look at the digital presence of Eobot, apart from their website.

When Eobot came into the picture, there were only a handful of other players dealing in cloud mining operations and services. The rental contracts they offer are for both short and long periods, ranging between a single day and five years. Though an old service provider, the team is doing its best to stay updated with the current trends and fresh developments in the technology field. They are mostly doing so by constantly upgrading their hardware and equipment.

In terms of algorithms, Eobot takes Scrypt and SHA256 algorithms under its wings and provides a mining facility, thus following the challenge of Litecoin and Bitcoin respectively. A total of 21 unique cryptocurrencies are listed and their mining services on the cloud are offered by Eobot. The users have the option of choosing any payout currency from the long list of cryptocurrencies. Popular series like Antminer S is generally their choice of mining rigs. Two of the more frequently used miners by Eobot from the S series of Antminer are S9 and S7 hardware.

As a client, the person will get an update on his/her account, once any particular block from a given coin gets successfully mined. There isn’t a need for the user to wait for long payout periods, as every minute the results from mining get updated in the system. Depending on the requirement of the user, it is possible to just take up fractions of instances of the cloud and invest in them, purchasing the hash power of mining rigs in entirety is not mandatory. On one hand, you do get to save up various costs associated with mining, such as equipment cooling or its replacement charges, electricity bill, etc, you will have to pay some maintenance fees to Eobot, with which they can take care of expenses incurring on their end.

Using the MyPool application, it is possible that the hardware rented from Eobot will directly do the mining to the pool of the user. What this does is bring down the maintenance charges to a bare minimum of 0%, and gives the user the flexibility to even go for coins which aren’t even supported by Eobot in the first place. Taking a look at the charges of one-day rentals, it goes something like this, 0.0030 BTC for 1 Th/s of SHA256 and 0.2 BTC for 1Gh/s of Scrypt algorithms.

Cloud mining isn’t the only thing Eobot is engaged in. They have a few other side projects as well. The most interesting one has to be the Cloud Seti project, in which the users have the option of renting equipment and using it to search for extraterrestrial beings in outer space. Another activity falling under the non-profit category is Cloud Folding. In Cloud Folding, the hardware and equipment are put use in medical research and development. The smartphone users aren’t being forgotten by Eobot either. Both iOS and Android users can explore their apps by downloading them from iTunes and Playstore, the links of which are present on the website.

As the general practice is, the pricing of cloud mining is done as per the equipment and the hash power it has. For the miner rig Antminer S9, having a hash power of 4 Gh/s, the cost comes to $0.00021 for a day. On top of that, a maintenance fee of 34% is applied, which is the mining fee’s fraction amount, and it gets added to the total cost, for the purpose of total calculation. All these fees and charges get deducted each minute, as the user receives a total payout.

As per the practice followed by Eobot, the fees charged for maintenance has to be a percentage or fraction of whatever fee is charged for mining, and it may change as time goes on. They derive it based on an Alloscope calculator. It is done by dividing the cloud mining fee by the total earnings. As per the information given on their website, the mining of a particular coin stops once the fee reaches a full 100%, on any cryptocurrency and any mining rig. Once the fees fall to 99% the cloud mining starts again. Eobot also goes on to say that in the event of the fees for each customer reaching 100%, the activities will be stopped and contracts will get terminated.

In the year 2016, they had to close down a portion, a time when the Bitcoin halved. In the earlier days, Eobot offered cloud mining contracts of 3 Gh/s and even 2 Gh/s, but the Bitcoin rates fell down and simultaneously their difficulty also increased, forcing them to stop such services for their users. What they now do instead is participate in the shipping of the mining equipment to the person willing to buy hardware by Antminer. They exchange it for Gh/s, purchased earlier.

It is important to note that in the future if Bitcoin halving does happen, a business like Eobot can perish quickly, mainly because of the structure they have for maintenance fees. The only way to avoid such a scenario is if they constantly update their hardware system.

For payment, you can either go for Bitcoin or the more traditional options like Mastercard, VISA, Discover, American Express, and JCB cards.

To conclude, though Eobot has been there since the beginning of cloud mining, the services offered are on the expensive side, in comparison to market standards. The lack of transparency in talking about their team and key personnel further adds to the concerns of the users, considering the high number of scams going on in cryptocurrency mining. The side projects are interesting, but I am not sure how much value it can add to the miners dealing in one or the other cryptocurrency.

Reviews By Other Customers

Your review has been posted successfully.