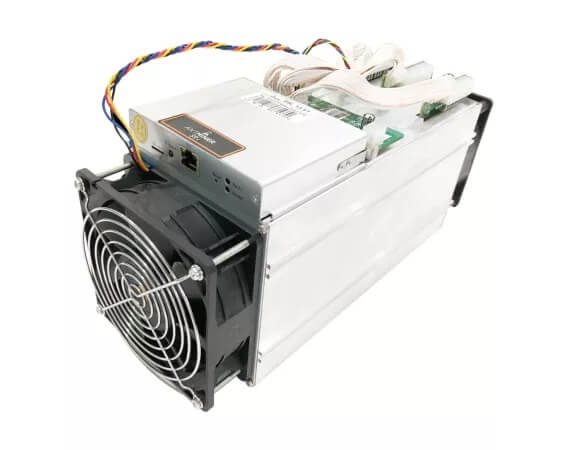 Bitmain Antminer S9i (13 Th) is from the Bitmain Manufacturing company and uses a maximum power consumption of 1280W. The algorithm found on this miner is SHA-256, which is synonymous with Bitcoin and BitcoinCash. S9i (13 Th) was released in May 2018 and weighed 4200g. The miner is one of the most profitable among the S9i series. It comes in the size of 135*158*350mm, and miners can get 42 coins out of it. The 13 Th S9i is ASIC supported, and you can monitor the progress no matter where you are.

Hathor Network and Zergpool are the top coins to mine with this unit. Other profitable coins include Freecash, Mining Rig Rentals and NLPool. It uses the Ethernet interface and comes with 10*6pins wires. There are two fans to help with cooling. Other mineable coins include Unbreakable, Peercoin, Terracoin, and more. Some of the notable mining pools associated with this miner include NiceHash, Poolin, and SlushPool.

Interested parties can buy this miner directly from the miner or from trusted vendors.

As we have come to know, Bitmain mainly deals with the SHA-256 algorithm. The algorithm is ideal for mining all crypto coins under this cryptographic. And this is why most miners prefer this algorithm as it gives them a chance to mine more coins. BM1387 is the chip’s name, and it comes with a chip size of 16nm. Power consumption is set at 1280W, which is impressive considering the available number of coins.

Efficiency of the Bitmain S9i 13 Th

The miner comes with higher efficiency than any other miner in its category. 0.099j/Gh is the efficiency level, which is why you get coins such as DigiByte and ProHashing. The minimum voltage is set at 11.60V and a maximum voltage of 13.00V.

13 Th is a relatively fair amount of hash rate considering the low power consumption. The manufacturer was creating a balanced miner in terms of hash rate and power. These two complement each other and gives the miner longevity and reliability.

Sound levels from this miner

It produces 76 decibels of sound, which is enough to start a home-based mining operation. The manufacturer also wanted a miner for home use as well as large mining activities. With this noise level, you can mine from the comfort of your home to having a complete mining farm.

Daily income with this miner is around $2.96, while yearly income is set at $1,066. Users should note that profit changes due to market forces such as coin prices and electricity rates.

Warranty of the S91 Antminer 13 Th

The manufacturer will issue a six-month warranty to the original purchaser. Other vendors have different warranty days, some offering 30 days while others, 90 days.

Coins you can mine with Bitmain Antminer S9i (13Th)