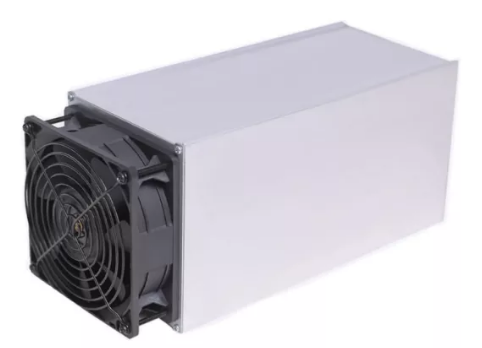 Baikal BK-N+ is also known as the Baikal Giant N+ and uses two algorithms. The two algorithms found in this unit include CryptoNight and CryptoNight-Lite. Both of these algorithms come with a maximum hash rate of 40 Kh/s and 80 Kh/s, respectively. The BK-N+ model is a unique miner as the top coin is Monero Original.

There are 8 coins to mine with this unit. Unfortunately, the miner is not ASIC supported. You can’t monitor the progress of this unit while away.

Aspects and Qualities of Baikal BK-N+

The Giant N+ or Baikal-N+ is a miner that offers users a chance to mine lucrative coins. When the market favors these coins, it’s highly advantageous. According to stats, Mining Rig Rentals under the CryptoNight algorithm is the most profitable coin. The size of the miner is 125*130*312mm and weighs 3.7kg.

It comes with a maximum voltage of 12V, and pundits highly praise the miner.

Notable minable coins include Dinastycoin, Electroneum, Sumokoin, among others. You can join reputable mining pools to increase your chances of mining coins. These mining pools include F2Pool, NanoPool, and Poolin. Get this miner directly from the manufacturer or selected and trusted online vendors.

With two algorithms, miners have the chance to get the most out of this unit. The manufacturer had other ideas when they created this unit. Mostly, they were targeting newbies who wanted a low power consumption unit.

Although we appreciate the specs, we do have a problem with the chip details. The manufacturer fails to inform users of the chip specs, which are a big deal. Miners want to get all the specs before making any commitments.

Hash Rate of the Baikal BK-N+

The Baikal BK-N+ is a multi-algorithm miner and thus, comes with two hash rates. CryptoNight has a hash rate of 40 Kh/s, with CryptoNight-Lite offering 80 Kh/s of hash rate. There’s a downside with the hash rate. It takes miners longer to mine one coin as it has a low hash rate. Miners are also at risk of facing the 51 percent attack.

One advantage of mining fewer coins is the speed of solving block equations. It may be slow but highly efficient for exotic coins like Bytecoin.

For the miner to enjoy longevity, it has to use perform under certain conditions. Humidity and temperature play a vital role in ensuring a unit performs better for longer. The maximum humidity set for this miner is 95 percent, with 5 percent being the minimum.

The Profitability of Baikal BK-N+

According to recent statistics, the profit ratio is NaN %, and the annual return percentage is NaN %. The manufacturer claims that the payback period with this miner is days. When it comes to power, the cost per day is estimated at $0.03456.

This miner is one of the lucrative miners in the market. Ensure you know your electricity rates as this plays a huge role in profitability.

Warranty of the Giant N+ Giant

There’s a 180-day warranty that the manufacturer offers to original buyers of the unit.

The above information should be viewed for educational purposes only. We won't be held liable for any losses incurred while mining the above unit.

Coins you can mine with Baikal BK-N+