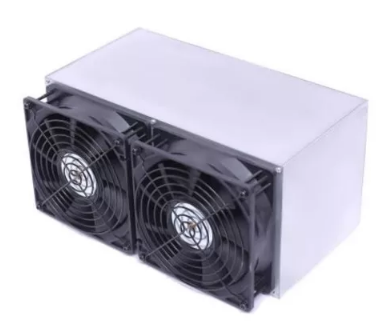 Baikal BK-N240 is another two-algorithm based miner using CryptoNight and CryptoNight-Lite. It comes with a maximum power consumption of 650W. Miners can mine eight coins with this unit, with Bytecoin being the top coin.

According to today’s market rates, the most profitable coin is the Monero classic, followed by Mining Dutch. Unfortunately, the miner does not have ASIC support, which means you can’t monitor the performance while away. The miner comes with a maximum hash rate of 480 Kh/s, which is enough to mine Bytecoin.

Attributes and Specifics of Baikal BK-N240

BK-N240 model is the latest miner from Baikal Company with two algorithms. The miner is unique in that it offers a great chance for newbie miners. Released in May 2018, the miner comes in a size of 190*150*320mm.

It weighs 6.5 Kg, and look-wise, the design is compact enough. The miner can fit well, especially in terms of large scale. This means the miner won’t take up much space.

Other mineable and profitable coins include Electroneum, Karbo, and Monero original. For those who might want to join mining pools, the unit enjoys a wide variety of pools. These pools include F2Pool, NanoPool, and Poolin.

You can get this miner directly from the manufacturer or trusted online stores.

Algorythm of the BK-N240 Baikal Miner

We don’t get any specifics from the manufacturer regarding the Chip used on the unit. Most experienced miners would want to know what they are getting into before buying.

Efficiency of the miner

When you switch to CryptoNight-Lite, you get an efficiency rate of 1.313j/Kh. More efficiency and mining power mean you get a miner that works faster. It becomes easier to solve block puzzles once you have a powerful miner.

There are two hash rates thanks to the miner offering users two algorithms. You get a 240 Kh/s hash rate with the CryptoNight algorithm. The CryptoNight-Lite algorithm offers users a hash rate of 480 Kh/s. It’s where the second algorithm performs better than the first.

With more hash rate, you get a secure network. Miners also get to mine faster, thus receiving minted coins rapidly. And this is where the unit gets recognition as it’s able to utilize both the algorithms.

These two factors affect how the miner works and also the longevity of it. With recommended settings, the unit will have a longer lifespan. For humidity, the maximum recommended level is 95 percent and the minimum stands at 5 percent.

It comes with 62 decibels of sound, which is amazing for such a miner. Most miners prefer to mine at home, and this is a perfect unit for it. The sound levels ensure there wouldn’t be any noise complaints. It’s also a perfect option for large scale mining as it ensures miners won’t have to pay extra for noise.

The Profitability of Baikal BK-N240

To enjoy the full benefits of this unit, you have to know the right conditions for mining Bytecoin. According to today’s market conditions, the miner’s Profit ratio stands at NaN%, and annual return percentage of NaN%.

Warranty of the BK-N240 Miner

There’s a six-month warranty that covers the initial or original buyer of this unit.

Coins you can mine with Baikal BK-N240