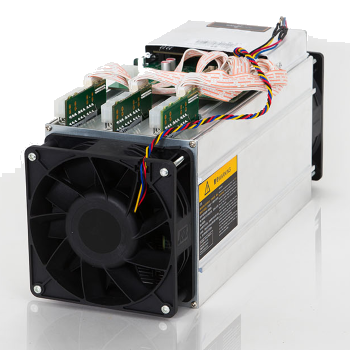 Previously, users could use personal and home computers to mine cryptocurrencies, but due to the increasing difficulty of the altcoins network and individual computer's weaknesses, miners' need arose. One of such miners that is capable of handling this is the Bitmain Antminer X3. After reading this, you'll find out why.

Bitmain is an ASIC mining hardware manufacturing company located in Beijing, China. The Antminers mining hardware is the company's flagship and can extract multiple coins depending on the algorithm.

It is no exaggeration to say that this particular miner is top-notch, as it's from the Bitmain company.

This weight is the standard weight of earlier Antminer devices. The Antminer is an Application Specific Integrated Circuit (ASIC) device, which means it comes with an ASIC chip that enables it to mine altcoins. Inside the device is the BM1700 ASIC chip, which makes it more productive and efficient. The X3 has 180 of such chips, which is on 3 of its chipboards.

Bitmain recommends using a power supply that gives 20% more than the miner's power requirement to set up this miner. When the power source's output doesn't match the miner's power requirement, the hash rate reduces. Power over Ethernet (PoE) isn't supported, just like most Antminers. Power over Ethernet is a standard system that passes control and data through twisted-pair Ethernet cables.

This process provides both data connection and electrical power to the device. Only an Ethernet connection is needed to start mining. One notable feature of the X3 is that an internet speed of 1Mbps can support about 150 different devices. For stable mining conditions, the X3 needs an ambient temperature of about 5 - 35 degrees Celcius with a surrounding humidity level below 65%.

The control board is the IP Report button, which shows the IP address on the computer when pressed. There is also the Ethernet port for internet connection, light beams that indicate when fault/error is detected and when the miner is operating normally. In case you want to reset the X3 to factory settings, there is a reset button at the far right.

For the control board, the device has only one PCI-E connector attached to a 12V power connector. The 6-pin power connectors are all interchangeable. Connect the positive and negative ports of D/C 6-pin connectors to the miner's control and hash board correctly. If they are plugged in wrongly, the Power Supply Unit (PSU) will enter protection mode, and the control and hash board will be burnt. If this happens, it voids the warranty of the product.

For steady mining operations, the X3 should be kept clean and dust-free. Dust accumulation on the hash board can affect the heat discharge of the miner and cause overheating. It is recommended to clean the miner once a month, and the miner must be shut down.

Antminer X3 works with the Cryptonight algorithm, a hashing algorithm used in cryptocurrency mining for specific Proof of Work blockchains. The algorithm has about 32 minable coins, of which Electroneum(ETN), MoneroClassic(XMC), and ByteCoin(BCN) are well known.

Profitability is essential, if not the only criterion when getting an ASIC miner, as it shows how much you can make in a period. As with all miners, profitability or ROI depends on current market conditions. To accurately calculate the profitability, you should deduct the electricity cost after a day's work. But bear in mind that electricity rates differ based on area.
Before spending money on mining hardware, make sure to calculate everything. Mining is a risky business; it usually requires a significant investment.

Coins you can mine with Bitmain Antminer X3 (220Kh)