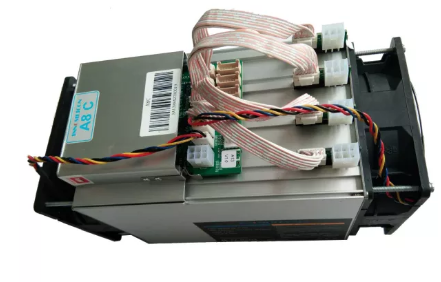 Also known as A8 C, the Innosilicon A8C CryptoMaster is another Bytecoin miner. The miner uses the CryptoNight algorithm with a maximum hash rate of 80 Kh/s. It comes with a maximum power consumption of 175W, which is the least in the A8 class.

Released in May 2018, this is the updated version in the A8 class and the last one. The manufacturer released other miners in this class a month before. You can mine a total of eight coins with this review.

The top of this miner is not covered, and one can see the bare wires. It looks like the manufacturer was in a hurry to release this product. The size of the miner is 123*155*275mm and weighs 2640g. It’s one of the smallest Innosilicon miners around, and there’s a good reason for it.

Miners only mine few coins with these, and most of the coins are exotic. There’s no ASIC support for this miner, which means you can’t monitor the performance while away.

Some of the mineable coins include Dinastycoin, Electroneum, Karbo, Monero original, and Sumokoin. The topmost profitable coin is Monero Classic, according to today’s market data. You can increase your chances of mining more coins by joining reputable mining pools.

These pools include F2Pool, NanoPool, and Poolin. For those looking forward to buying this miner, you can buy it directly from the manufacturer. There are trusted online stores that still sell this unit.

Algorythm of the A8 C Miner

The miner uses the CryptoNight algorithm and is resistant to ASIC miners. When using this algorithm, miners should understand that it aims to boost relevance. It’s more inefficient to running GPUs and thus, bolsters relevance to CPU. The algorithm functions only after requiring memory access.

It also emphasizes latency dependence. One problem is that the manufacturer fails to inform users of on-chip details.

It comes with an efficiency of 2.188j/Kh, enough to drive miners to buy this unit in bulk. The miner has a maximum power consumption of 175W, which is among the lowest in the industry. With this miner, you can bring down the cost of running and maintaining the unit.

Electricity bills are low even when you use the miner in large scale Bytecoin mining. And the miner’s efficiency and power consumption make it great for newbies.

80 Kh/s is the efficiency that comes with this miner. The hash rate is ideally able to mine these eight coins at a fair speed. With the miner only mining fewer coins, there’s no need for a high hash rate. The only issue is that it will take longer to mine one coin than Bitcoin. A huge problem is taking longer to solve mining blocks.

The security of miners is also at risk with a low hash rate. Miners should be aware of the risks before joining any mining pool.

The Profitability of Innosilicon A8C CryptoMaster

As for profitability, it will all depend on electricity cost and prevailing market conditions. When the market favors these coins, the miner turns into a profitable mining machine. The electricity rates in your area will also play a huge role in running the miner.

Ensure you understand the grey areas when it comes to profitability. The manufacturer fails to give any payback period with this miner.

Warranty of the A8 C Innosilicon Miner

Once it hit the shelves, the manufacturer offers a 45-day warranty to the original buyer.

The information you see on the mining equipment is for educational purposes only. We won't be held liable for any losses incurred while mining with the above unit.

Coins you can mine with Innosilicon A8C CryptoMaster