Everything you need to know about Crypto mining 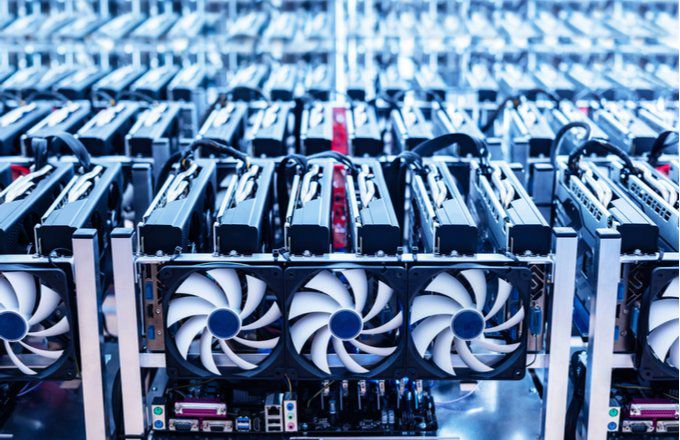 Before you start Crypto Mining, you need to know what Cryptocurrency is all about. Cryptocurrency is a digital version of money in which encryption techniques are used to regulate the generation of a currency unit and verify the transaction of funds operating independently of a central bank.

Bitcoin is the first-ever successful cryptocurrency invented by  Satoshi Nakamoto in 2008. it is a decentralized alternative to the banking system, which means one can transfer funds without a centralized authority. It is a cryptocurrency in an electronic payment system; it is a digital coin used for transactions. bitcoin creates a cash system where participants do not have to rely on an intermediary (such as a bank or an ATM) to facilitate transactions

A decentralized cash system is a system that requires multiple parties to make their own independent decisions. There is no single centralized authority that makes decisions on behalf of the parties, as the fiat currency.

Blockchain is a system in which a record of transactions made in bitcoin or other cryptocurrencies is maintained across several computers linked in a peer to peer network.

Peer to peer network is the web of computers that allows a new payment system and the transactions of new digital money; for instance, cryptocurrency like Bitcoin consists of its own network of peers. Every peer has a record of the complete history of all transactions and the balance of all accounts that by the end of every transaction and upon confirmation, the transaction is known by the whole network.

The role of miners in cryptocurrency is to confirm transactions, they record, verify and disperse the transactional information in the network, forever completed transaction monitored and facilitated by the miners they are rewarded with a token of cryptocurrency (e.g., bitcoin)

The Process of Crypto Mining

Bitcoin mining is the process of confirming transactions on the blockchain; bitcoin mining’s main goal is to maintain the ledger in a decentralized manner.

Mining bitcoins is like solving a series of complex equations to win a token at the end.

Anyone who wants to update the ledger of bitcoin transaction known as blockchain can all you have to guess a random number that solves an equation on our computers do The guessing users. The higher the computer’s specification, the more correct guesses you can win per second, the more chances you will win. If you guess, correctly you win bitcoins and transfer to the next page of the bitcoin transaction.

Once your mining computer comes up with the right guess, your mining program determines which of the current pending transactions will be grouped into the next block of transactions. Then, you get too updated the bitcoin ledger known as the blockchain. The block you have created and the solution are sent to the whole network so other computers can validate. Each computer that validates your solution updates its copy of the bitcoin transaction ledger with the transaction you choose to include in the next block.

after that stage is complete, the system generates a fixed amount of bitcoin to rewards them to you, and you get paid any transaction fee that was attached to the transaction you inserted into the block

Price of Bitcoin in the Market

The mining difficulty was made to keep inflation in check. It is set storage, and a new block will be added every 5-10 m on average minutes.

When bitcoin mining started, there were not many miners, and those that were mining made use of CPU mining because the mining difficulty was low. As bitcoin started catching on, people started to use GPU mining. Another evolution came, which is FPGA mining.

FPGA Is a hardware piece that can be connected to a computer to run a set of calculations. Around 2013, a new breed of mining was in use, i.e., ASIC(Application Specific Integrated Circuit). They were manufactured solely for mining, unlike the CPU, GPU, and FPGA mining.

A group of miners is called a mining pool. They combine their mining power to compete more effectively. If the pool wins the competition, the reward is divided among the contributors depending on the mining power. In this sense, small miners can join the mining pool and benefit from bitcoin mining.

FACTORS THAT AFFECT THE PROFITABILITY OF Crypto Mining

Hash is the mathematical problem the miner’s computer needs to solve, while the hash rate refers to the miner’s performance. It can be measured in:

It is the number that represents how hard it is to mine bitcoin at a certain moment according to the amount of mining power currently active in the system.

Miners consume more electricity, whether for powering up the miner or cooling it down.

Each miner consumes a different amount of energy. You’ll need to find out the exact amount of power consumed by your miner before calculating mining profitability.

The pool will take a certain percentage of your earnings for rendering their service.

Since no one can determine the price of bitcoin in the future, it is hard to predict if Bitcoin mining will be profitable.

Since no one can determine the rate of miners joining the network, neither can anyone predict how difficult it will be to mine.

In cloud mining, you don’t buy a physical mining rig; rather, you rent computing power from a mining company and get paid according to how much mining power you own.

Web mining allows website owners to hijack their visitors’ systems to use their processors to mine bitcoin. According to the website owners ‘ perspective, web mining has become a new way to monetize websites without the need for placing annoying ads.

In conclusion, Bitcoin mining is the backbone of the bitcoin network. The role of miners is to secure the network and to process every bitcoin transaction. Miners achieve this by solving a computational problem that allows them to chain together blocks of transactions (Blockchain). Note that between 1 in 13 trillion odds, scaling difficulty levels, and the massive network of users verifying transactions, one block of a transaction is verified roughly every 10 minutes. But it’s important to remember that 10 minutes is a goal, not a rule.