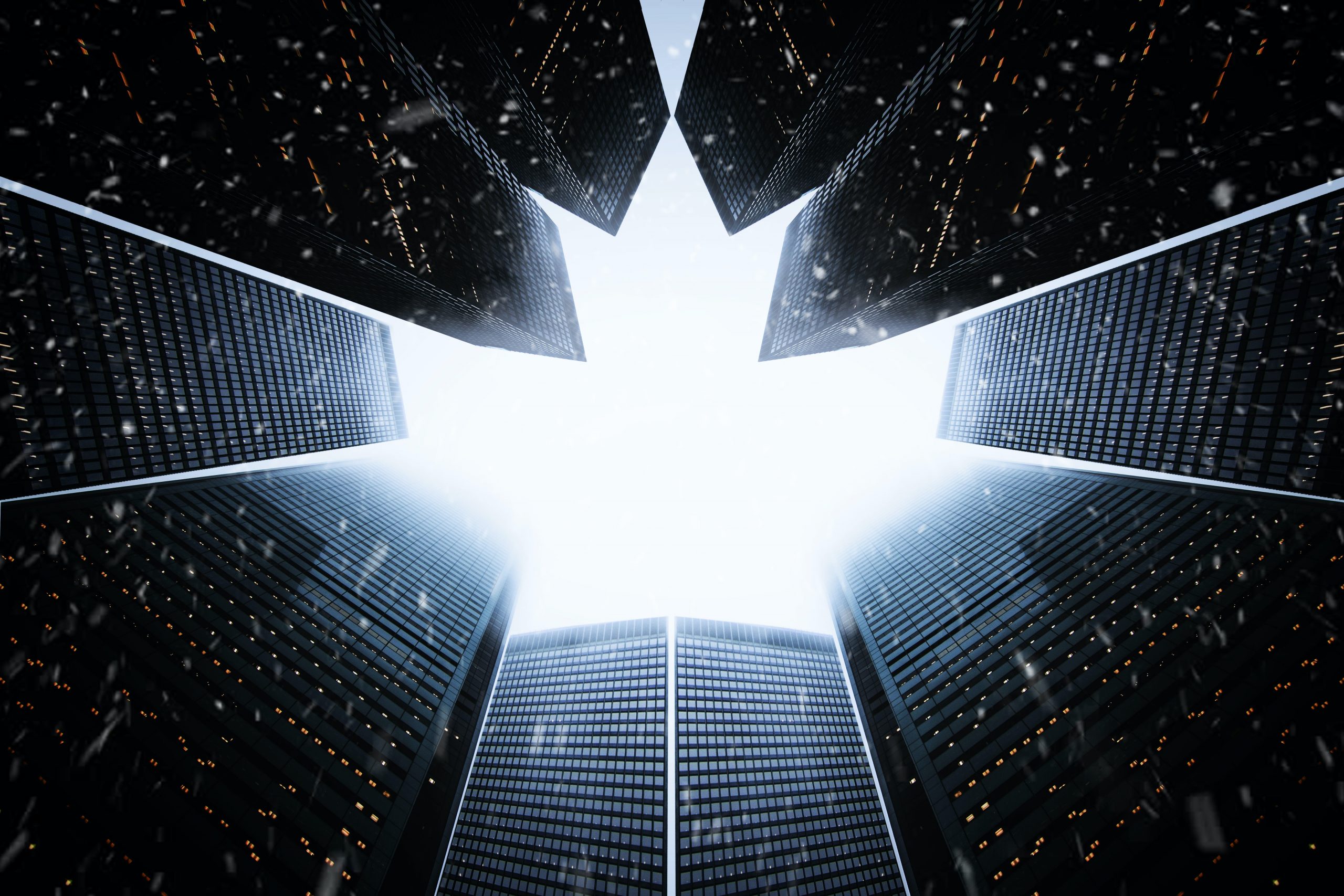 Two bitcoin ETFs have been approved in Canada. The world is gradually opening up to the acceptance of blockchain technology. In February, two bitcoin exchange-traded funds (ETFs) were approved in Canada. Evolve Bitcoin ETF as a blockchain company has become the second bitcoin ETF to get approval by Canada’s securities regulator. One of the approved bitcoin ETFs started its trading activity in mid-February. Many people believe that bitcoin ETFs’ approval in Canada will greatly improve the chances of other cryptocurrency firms being approved by the U.S. Securities and Exchange Commission (SEC).

Based on this recent development, North America now has two approved bitcoin exchange-traded funds. One of the companies, Evolve Funds Group Inc., announced on Tuesday that it had been allowed to launch a bitcoin ETF, which makes them the second approved bitcoin ETF in North America.
Evolve Funds Group has $1.7 billion of its assets under management; this company is one of Canada’s fastest-growing ETF providers.

February Was Good For ETFs In Canada

The first-ever approved bitcoin ETF in North America was allowed to launch in February by the Ontario Securities Commission.
While Purpose Bitcoin ETF  began its trading activities on Thursday, February 18th, on the Toronto Stock Exchange.
Evolve Bitcoin ETF will also be allowed to trade on the Toronto Stock Exchange (TSX), concerning the exchange’s approval soon.
It will be considered as one of the world’s first physically settled bitcoin ETFs company allowed to trade on Toronto’s Stick Exchange, according to the company, which they added that there would be two offerings first unhedged ETF units (ticker: EBIT) and USD unhedged units (ticker: EBIT.U).

Now there’s been renewed interest in bitcoin exchange-traded funds (ETFs) with the nomination of Gary Gensler to be in charge of the Securities and Exchange Commission and charge of the approval of a true Canadian bitcoin ETF. However, it is still not clear if one will get approval in the U.S.
One of the big news stories last week was the Ontario Securities Commission approved North America’s first bitcoin ETF allowed in Canada.

Canada is Setting The Pace 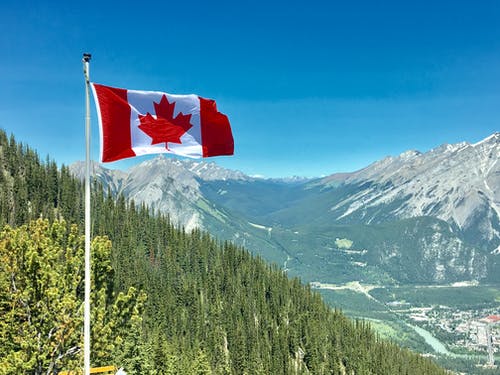 Basically, an ETF, a retail-friendly, regulated bitcoin investment vehicle that is allowed to trade in popular brokerage apps, has long been a product this blockchain industry has wanted. However, this is not the first time that has been attempted. Numerous applications submitted by them have been rejected in the U.S. Still, one is approved in Canada may be an early sign that may soon see something similar being replicated in the States.

This is why it matters; basically, the idea behind this is a bitcoin ETF would provide everyday investors with opportunities and Bitcoin exposure through retail trading apps already in existence, like the TD Ameritrade. Still, these traders would not actually need to buy bitcoin.
As a matter of fact, an ETF would allow people to invest in bitcoin without the need to set up a wallet or trust in any exchange platform that might eventually go down when market volatility begins to rises.
Some people believe an ETF would help kindle or spark a bull run, but considering influencers like  Elon Musk, the CEO of Tesla could pretty much do that on his own now, not everyone is so sure an ETF seems as necessary as it did in 2018.

Breaking it further, the crypto market came to its maturity in 2017 and 2018 when the U.S. Securities and Exchange Commission (SEC) refused to accept ETF applications left and right.
Matthew Hougan, the chief investment officer at Bitwise Asset Management which is a firm that has gone to great lengths to get a bitcoin ETF approved, told CoinDesk that the futures market that is tied to cryptocurrencies had grown significantly over the years, this underlying spot markets are functioning better and than U.S. regulatory structure.

But Is The Above Fact Enough?

The main question here is whether the market has fully matured enough to meet the requirements listed under the Securities Exchange Act, the federal law that oversees securities trading within the U.S.
Cathie Wood Ark Investment Management CEO recently said to an audience that she thinks the bitcoin market might need to get to $2 trillion in demand before the SEC is comfortable with an ETF.
Thinking about whether or not to file a bitcoin ETF application has to involve the new administration and Gary Gensler’s nomination as SEC chairman. Gensler, who has been a longtime crypto advocate who perhaps is best known for his work on derivatives regulation at the Commodity Futures Trading Commission just after the last financial crisis, is now expected to be fairly crypto-friendly, to the degree of approving an ETF.
Yet, the questions remain.
“It’s certainly too early to say what his view will be on crypto, whether it will be a priority, what that will do to influence the market, and I think that may even be a premature conversation,” Hougan has said.
At the least, Gensler may become interested in crypto, which is not likely to be a priority, given many of the other issues he may have to address, including likely having to form a response to the given market volatility seen last month with GameStop stock pump.

According to Hougan, the factors that would support an ETF approval will have to include Market efficiency has increased, New custody solutions have gained entrance in the market, Regulatory oversight has evolved, and there are better audit processes.
Notwithstanding, the SEC has used different objections as a factor in rejecting past ETF applications. The brilliant questions are if the SEC’s market surveillance questions have been answered appropriately and whether the SEC’s market manipulation questions have been answered right as well.

One of the positive signs for the industry is the approval of an open-ended ETF in Canada. To be cleared on this, this is not the first fund to trade in Canada. An industry named 3iq launched a bitcoin fund last year. This is the first ETF that will ever trade on a retail-accessible exchange, the Toronto Stock Exchange, within the North American market economy.

Eric Balchunas, a senior ETF analyst at Bloomberg, said on Twitter that the “U.S. usually follows shortly after” Canadian regulators in concluding to approve such products, calling the approval a good sign for American applicants.
His guess in late September was when we experienced seeing the approval, and it could grow to $50 billion in inflows over its first year. Here’s what needs to happen. For this to happen, a blockchain-related company has to file for an ETF by filing a Form 19b-4. And once someone does file the 19b-4 form, which the SEC has to acknowledge by reviewing it. This will kick off within a 45-day review period.
Then the SEC can say it needs more time or needs to provide feedback. The agency can then extend the review period to 240 days (240 days from today, which would be Oct.14).
The SEC staff would decide whether or not to approve the submitted application, and then the five commissioners would collectively agree or disagree, as the case may be. At some point, the SEC would have to either approve or reject the application.
Happily, the crypto community applauds the Canadian regulator for continuing and contributing to the approved bitcoin ETFs. Although some still believe the U.S. SEC will follow Canada’s steps and approve a bitcoin ETF probably this year. Amongst them is Twitter user “Mags,” who strongly believes that two approved bitcoin ETFs in Canada “will raise the chances of a U.S. ETF launching in 2021.”
TAGS :
Bitcoin canada cryp ETFs approved in Canada north ameriaca
PREV POST 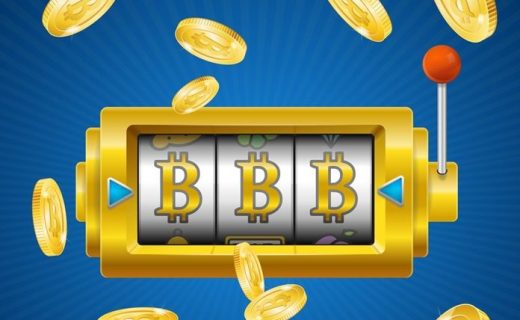