EOS is among the leading cryptocurrency in the industry. The company had a record-breaking ICO and raised a total of 4 billion. The main purpose of EOS development was to allow the creation of dApps and simplify the integration and programming of smart contracts.

Additionally, this company eliminates transaction charges. The platform is incomparable to the traditional form of payment like Visa cards in term of speed. The entity is also ideal for developing Decentralized applications.

The entity is similar to Ethereum as it acts as an operating system for dApps. It offers essential services to help business that choose their venture. EOS makes the programming process simpler. Moreover, the entity combines appealing features from another reputable blockchain in the industry.

The entity made its first digital footprint in 2017. It was until June 2018 that the platform was officially launched. The whitepaper of this venture state that the company targets creating dApp development platform that can handle multiple transactions within a second.

The company conducted the longest Initial Coin Offering (ICO) in the market. It went for 350 days, and the team aimed to ensure interested parties had the chance to participate. Those who have used the EOS blockchain claim that the platform combines EOS simple programming technique with the security of BTC.

Additionally, EOS coin has scalability that outdoes the Ripple currency. Therefore, with all these admirable features, EOS is allegedly the best dApp application. However, despite some crypto enthusiasts calling the entity ETH killer the coin is currently in number 13 brackets according to the coin market.

EOS needs to do more work to match the features of Ethereum. The main objective of this company is to be a dApps premium operating system in the industry. The funds raised during the ICO were used to complete the ecosystem and the EOS blockchain.

How Does EOS Operate

The company permits businesses to share data with one with the access of the network. The ecosystem of this venture integrates a full-featured authentication system. Businesses can also use EOS data and store it locally.

One of the components that the entity has utilized is granting users to program accounts. Every account will attain permission to comply directly from the EOS network. The currency of EOS does not perform any task.

Developers use the EOS coin to generate the required token to build their apps. Nonetheless, the currency can be abused by criminals since it observes anonymity. The address of the users will be visible to the public.

However, the total balance can be hidden. Therefore, users can evade tax, but the company is a good payment system. Transactions take only 3 seconds to be processed. Therefore, EOS is among the fast and cheaper transaction method.

The platform is very flexible and was initially designed for both private and public blockchain network. Additionally, users can customize the technology to comply with their business needs. EOS is scalable and can process a large number of the transaction within a short period.

The platform also has integrated users’ authentication, server hosting, and cloud storage. The developer can store their data on the cloud. The approach which the entity uses makes the platform stand out.

Application developers can create and launch their app with ease. Additionally, they will mainly focus on the functionality of their products rather than being concerned about the hardware. The company also has an analytics feature which allows developers to monitor the performance of their decentralized applications.

The block producers have a famous say in the direction that the platform should take. They are the one who is responsible for voting on important issues. Some of the thing that require block producer to vote include; determining if an app is operating efficiently.

Another issue that they can vote is on which transaction should be confirmed. They also control major development timelines like; when to fix bugs, upgrade or downgrade. They can also decide on critical network concerns. This includes modifications to the source code of users’ applications. EOS platform uses a democratic governance method.

The company that is behind EOS is known as Block.one. The founder is Brendan Blumer and Block.One supported the entity with $1M. EOS coin has a strong and reputable team. The CTO of this entity is Daniel Larimer.

Daniel is an engineer and a crypto innovator and co-founder to multiple cryptocurrency platforms. These include; BitShares, Block, and Steemit. EOS has also partnered with Ian Grigg and Brock Pierce.

Can EOS be mined?

It is possible to mine EOS currency. The platform uses the PoS consensus mechanism. Investors do not need to have the high computing power for them to verify transactions.  Proof of Stake eliminates the competing factor.

Investors who wish to participate in the mining process get the coin and stake them. The more EOS coin that you stake in your wallet, the greater the chance of being approved to verify transactions.

Moreover, the entity can identify hackers’ attempts. If you need to harm the blockchain, then you must high large amount of tokens. Then you have to stake all of them which you will steal loose. The PoW consensus is also great only that it has scalability limitation.

How Does EOS deal with Scalability?

The company intriguingly handles the issue of scalability. Instead of EOS focusing on an entire state of blockchain, the platform concentrate on each transaction. The entity guarantees that the state of the network is pure by enabling the nodes to verify the events series.

The method allows the network to process thousands of transactions within seconds. Moreover, the performance of the coin is high. The company produces transaction blocks after every 0.5 seconds.

The BTC blockchain only handles 7 transactions in every second. As the demand of the currency has increased the delay, occur in handling the transactions. It takes 10 minutes to approve a block in Bitcoin. EOS company can handle the transaction in time.

How to Buy EOS

You can purchase EOS coin on exchanges like Simplex, Binance, Kraken, Bittrex, Bitfinex, Gemini, or Coinbase. After exchanging your fat currency into BTC, you can then proceed to own tokens. Additionally, there are multiple wallets that you can use to store your coins. We recommend that you use an offline wallet like Trezor. Your coin cannot be stolen.

EOS ICO lasted for a whole year, breaking the record for all other digital currencies. Users of this blockchain can host their servers as well as store data on the cloud. The all-time high price of EOS is $21.46.

The venture has over 100 dApps that have been built on its system. However, despite the entity being successful, there are significant concerns regarding the centralization of the company. The parent platform of EOS, which is Block.one encountered a problem with SEC a regulatory body

They were penalized $24M, but this platform paid the fine. Nonetheless, the platform has a good team, and the coin might grow in future. The company is focused on introducing dApps to the world in a secure and safe method. 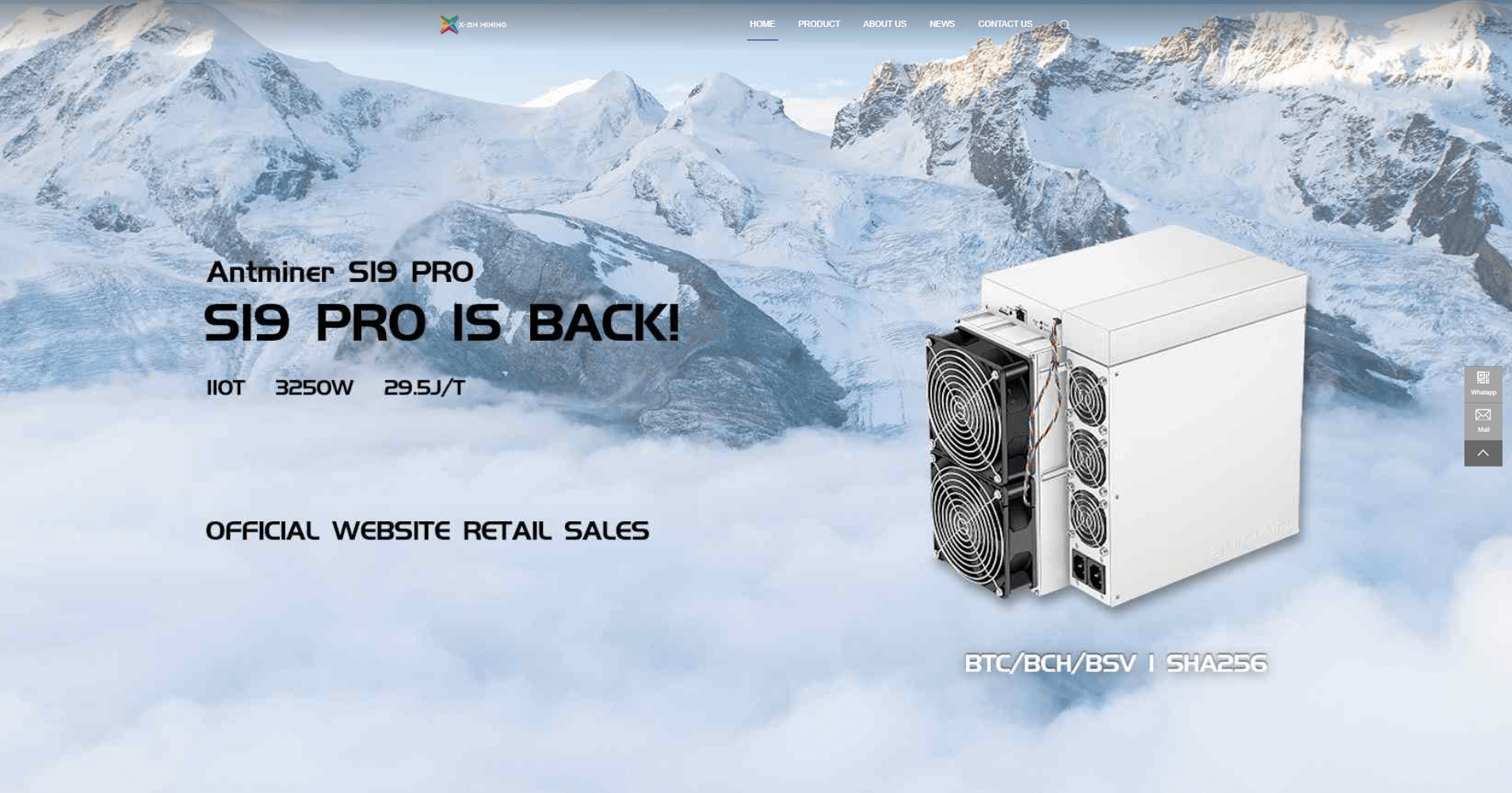 X-ON crypto hardware store already has a negative review on trustpilot.com. It seems the aggrieved party didn’t receive their miner. And as such, we had to take a close...

Lazada Review: Is lazada.com.ph a s...

Lazada is a B2B platform where everything sells, including Crypto Hardware Miners. And this creates a loophole for fake sellers to post non-existing miners. We blame Laza... 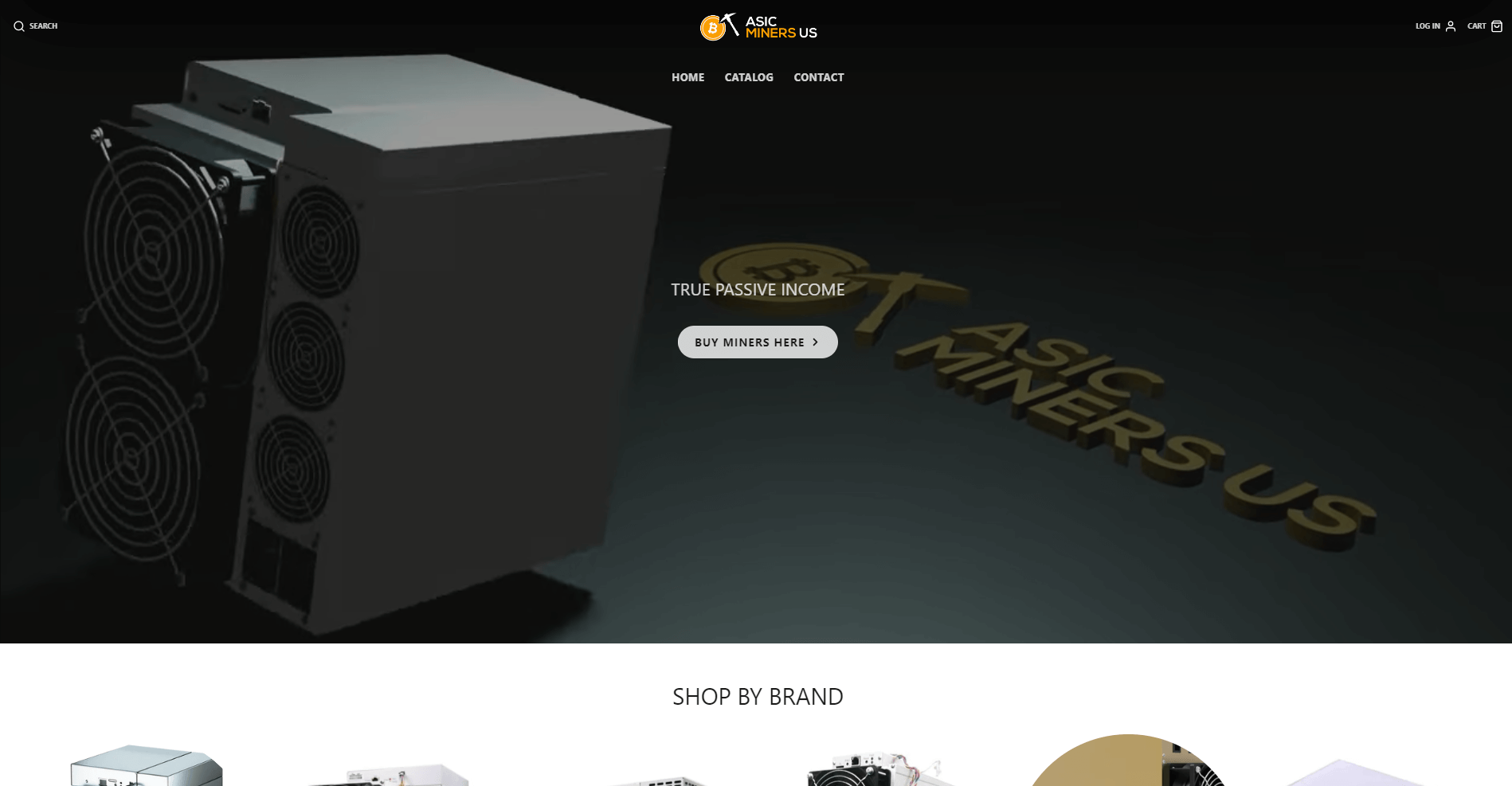 Asic Miners US Review: Is asicminer...

Asic Miners US is another crypto hardware store with a nuanced approach to how to contact them. The store gives a phone number that rarely goes through. After leaving a m...

What People Are Saying About EOS