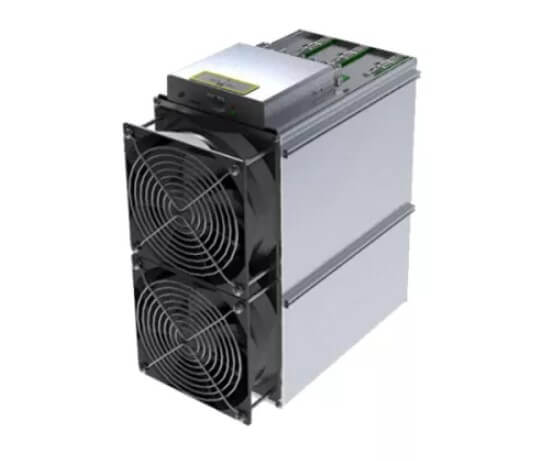 Model Antminer Z9 from Bitmain mining Equihash algorithm with a maximum hashrate of 42ksol/s for a power consumption of 970W.

The Antminer Z9  has a hash rate of 42Ksol/s, power consumption of 970W, and weights 9KG. It is manufactured by the Bitmain company and was released for purchase in the year September 2018. The Bitmain Z9 mines with the Equihash algorithm.

It is known to be the world’s first-ever Equihash ASIC Miner. Initially, the Antminer Z9 series models were created for the extraction of Zcash and other unprofitable altcoins.

Those who are part of the mining community and have purchased this device appreciate the efficiency and the low noise that the device emits. The model was built and intended to serve the top players in the mining industry, requiring increased noise insulation measures.

Power supply is not part of the Bitmain Antminer Z9, and you’ll need to buy an additional power supply. Example: an ATX PSU with sufficient 4 PCIe connectors.

Bitmain Antminer Z9 is using the Equilash algorithm and has a hash rate of 42Ksol/s.

The Equilash algorithm top coin to mine is Zcash. There are a few security issues with this algorithm as it’s not as secure and stable as other algorithms. Although it’s not secure, the miner provides several advantages. The algorithm is best for mining exotic coins such as Hush and ZenCash.

There are several mineable coins found under this algorithm. Some of them include Horizen, Komodo, Pirate, among others. Users can also join reputable mining pools to get a head start. Some of these mining pools include AntPool, NiceHash, Poolin, SlushPool, among others. If you have an interest in this miner, go ahead and buy it from the manufacturer. You can also buy it from selected stores.

There’s an efficiency of 23.095j/Ksol that is found on this miner. It’s one of the few miners with higher efficiency when it comes to the Equilash algorithm. The efficiency is as a result of having bigger power consumption. It comes with a power consumption of 970W, three chipboards, and a chip count of 48. For those who love exotic coins, this miner has the right features for home mining. Since the power consumption is low, it’s an excellent miner for newbies.

It comes with a sound level of 75 decibels, which makes it environmentally friendly. You can use this miner anywhere and have a profitable outcome.

The Profitability of Bitmain Antminer Z9

The miner comes with a profit ratio of -21 percent and an annual return percentage of -18 percent. It also comes with a manageable power cost of $2 per day. There’s no payback period with this unit.

Warranty of the Antminer Z9

It comes with 180 days of warranty that only covers the initial buyer. Ensure you read the terms and conditions before purchasing online.

The Antminer Z9 is known to be the most powerful Equihash Miner that Bitmain ever produced.

When compared to the Z9mini version of sol/s, it is said to be similar. The Innosilicon A9 Z master, however, is ahead of the two devices in terms of performance.

The Z9 at current difficulty can mine .37ZEC, with a profit of about $55 per day.

Conclusion: The Antminer Z9 is a great choice for industry-level miners because of its performance and efficiency; it has been revealed to become one of the best Mining devices out there.

Is it a worthy Miner? Let us know by dropping a comment.

Coins you can mine with Antminer Z9