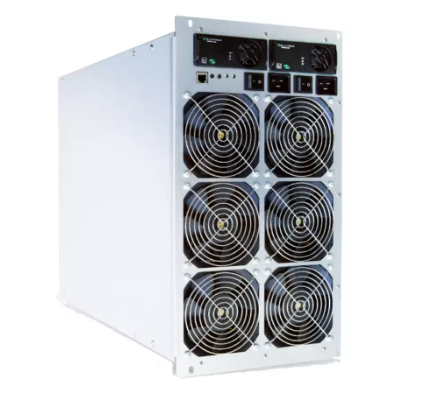 Bitfily Snow Panther A1 is using the SHA-256. Algorithm and maximum power consumption of 5400W. The miner is also referred to as the Snow Leopard A1 and has a hash rate of 49 Th/s. It was released in January 2018 and enjoys a good presence. Bitfily is the manufacturer behind this unit, which weighs 40000g. The size of this unit is 275*483*599, and it uses the Ethernet interface. Top coins to mine with this unit include Bitcoin, BitcoinCash, eMark, Terracoin, among others.

Features of Bitfily Snow Panther A1

There are 12 coins to mine with this unit. Most of these coins are highly profitable and easy to mine. Thanks to the manufacturer’s preference, miners get a 6U rack format with this miner. Other mineable coins include Curecoin, Unbreakable, Peercoin, among others. The unit is backed by leading mining pools such as AntPool, SlushPool, ViaBTC, and others. You can buy this miner directly from the manufacturer or selected stores.

Algorithm of the Snow Leopard A1

It uses the ever trusted SHA-256 algorithm, which is the best cryptographic, according to experts. With this algorithm, users can mine exotic and major coins. It comes with 6 chipboards and a chip count of 576. The chip’s name is BF16BTC, and the size of the chip is 16nm. It has a different voltage setting than other miners. The minimum is 48v, while the maximum is 57.6v. Power consumption is at a maximum of 5400W.

Efficiency of the Bitfily Panther A1

One of the best miners in terms of efficiency is the Bitfily Panther A1. It comes with an efficiency of 0.11j/Gh, which is fair considering the hash rate. With high power consumption than most miners, the efficiency helps cover the outcome. The efficiency is enough to allow consumers to go for this miner over others in the market.

Hash rate of the Bitfily Snow Panther A1

49 Th/s is the hash rate that comes with the Bitfily Snow Leopard A1. It’s a high efficiency considering the available mining coins. Although others will claim it's not mining 40 coins, the available coins are all profitable. The hash rate is enough to make miners ignore high power consumption.

It comes with a noise level of 82 decibels, which is not environmentally friendly. The miner is not for home use but a perfect tool for large farm mining.

The Profitability of the Bitfily Snow Panther A1

As with other miners, the profitability heavily depends on electricity rates and market conditions. A day’s worth of mining with the Snow Leopard A1 gives a total income of $6. In a year, miners expect to earn $2,463 with this unit. And this is a good miner since the coins mined are all profitable. The market favors all coins mined by this miner.

Warranty of the Bitfily Leopard A1

All information provided is for educational purposes only. We won't be held accountable or liable for any losses incurred while mining with this unit. Crypto mining is a risky venture.

Coins you can mine with Bitfily Snow Panther A1