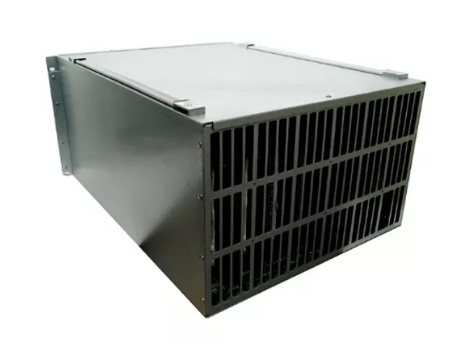 Bitfily Snow Panther D1 is a Blake256R14 algorithm based miner with a maximum power consumption of 2100W. It comes with an impressive hash rate of 6 Th/s, one of the biggest in the industry. When it comes to size, the platform is 390*180*490mm and weighs 17,000g. It uses the Ethernet interface and was released in July 2018. The top coin to mine is Decred, which is why this is a favorite among exotic coin miners. It has a low power consumption, which is perfect with any electricity rates.

As far as specifications go, the Bitfily Manufacturer wants to have a miner that works to perfection. At first glance, you will notice that the miner is large and carries a lot of weight. With one mineable coin, it makes it an easy purchase for those who prefer mining Decred. The power consumption is low, and efficiency is high, which is a great match. It also has an easy to use interface and setup with manual guidelines available on display.

Some of the mining pools associated with this miner include CoinMine, F2Pool, Luxor, and Poolin. You can only buy this miner directly from the manufacturer or selected stores and vendors.

The miner uses the Blake256R14 algorithm, which is especially dedicated to mining Decred. We have no details about the chip’s name, but we believe everything belongs to the manufacturer. The algorithm works to create an efficiency that allows minimal power consumption. Decred is mined with this algorithm, and it makes it a unique miner as it only mines one coin. All the efforts of this algorithm and miner are dedicated to mining one coin.

0.35Gh/s is the efficiency level that comes with this miner. Some critics may claim that this efficiency rate is low, but there’s a catch. Since the miner only deals with one coin, it is easy to get the coins with low efficiency. It also makes power consumption to be at optimum, with 2100W being the maximum. Miners will be happy that the miner uses low power consumption to help bring down electricity costs.

6 Th/s is one of the biggest hash rates we have in the industry. The miner makes it up for the low efficiency with a high hash rate. To achieve this hash rate, one has to use the miner using the recommended settings. The minimum voltage has to be set at 190V, while the maximum voltage is 240V. With this hash rate, miners are guaranteed a profitable session with the D1 Snow Panther.

For the miner to work effectively, the temperature settings have to be closely monitored. The minimum set temperature for mining with this unit is Null. 40 Degrees centigrade is the maximum temperature that is set for using this unit. High temperatures may lead to high power consumption, and it's best to mine in a cool environment. Since the miner does not come with fans, ensure you have a room that has cooling.

The Profitability of the Bitfily Snow Panther D1

Once you buy directly from the manufacturer, you get a year’s warranty from the shipping date. Other vendors might offer fewer days when it comes to warranty.

The above data is for educational purposes only. We won't be held liable for any losses incurred while mining with this unit. Crypto mining is a risky investment

Coins you can mine with Bitfily Snow Panther D1