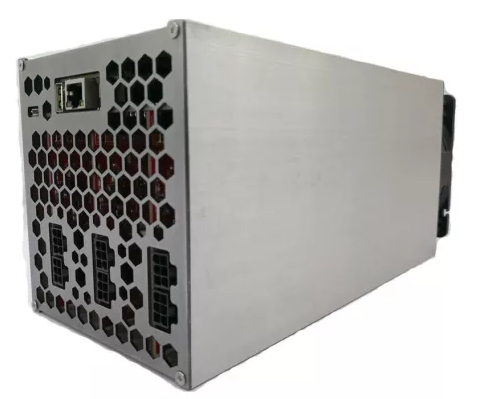 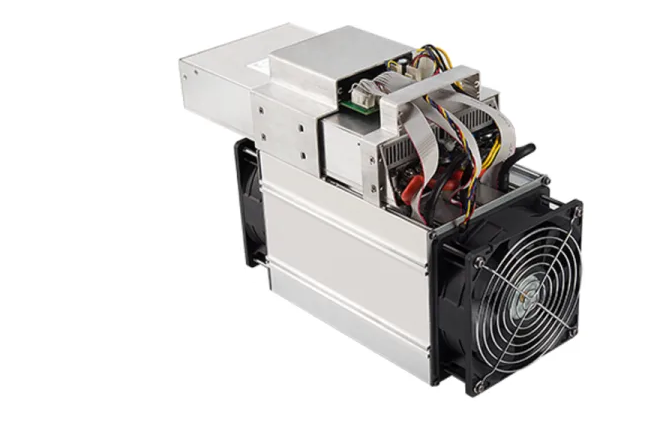 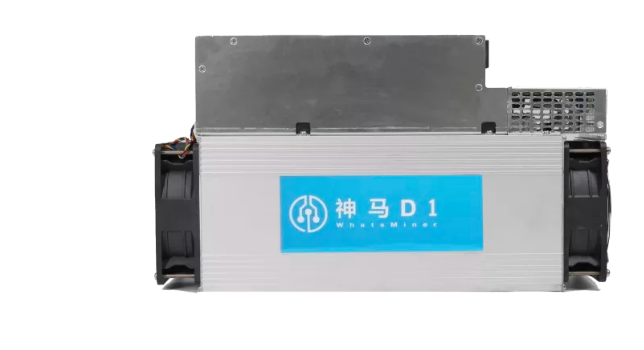 This crypto coin is a fruition of a proposal from Memcoin2 cryptocurrency. This proposal popped up in April 2013 on the renown Bitcoin talk forum. This cryptocurrency was launched by Company O, a Chicago based company. Decred applies a very innovative and hybrid Proof-of-WorkProof-of stakes system.

This system comes in handy as it not only sorts out and aligns incentives, but also provides a more secure ambience. This system is preferably recommended in comparison to pure-Proof-of-work or pure Proof-of-stake. The rewards amassed are split in ratios of 6:3:1, where 60% goes to the miners, 30% to the stakes, and the remaining 10% to the development pool in order to help finance future updates. An average block time is about 5 minutes and 2 seconds, possessing an average size of 1 MB. Interestingly, the network shifts difficulty degrees every 144 blocks, which culminates to about 12 hours.

As we all know in peer-to-peer financial systems, the Proof-of-work(PoW) solved the constraint of double-spending. However, the system prompts heavy energy utilization and is very prone to majority attacks. Consequently, Proof-of-stake (PoS) came through to seal the loopholes but also incurred a major detriment, namely; nothing at stake problem. In this event, there was a hefty obligation to apply both systems simultaneously, in order for the supplemental effects of the two to provide a much more rigid form of immunity.

Since it simultaneously employs a combo of PoW and PoS for optimal yields, mitigates pitfalls, and has a layered consensus mechanism it, therefore, more secure relative to other cryptocurrencies. Decred's vitally applies conventional PoW with a BLAKE-256 hash algorithm. This means that it is solely mined by ASICs. Application-Specific Integrated Circuits come in handy by streamlining the mining procedure since it is collectively efficient and relatively cheaper a chip.

Also, Decred holders have to time-lock their incentives in order to enable them to buy tickets in a lottery. After all, purchases are down the balkanizing of these tickets in lots of about 41,000 is done then give tickets get selected in a quasi manner in order to legitimize Proof-of-Work from previous blocks. If and only if at least fifty percent of tickets approve the miner's work, does the miner's reward get approved and the block topped onto the blockchain. 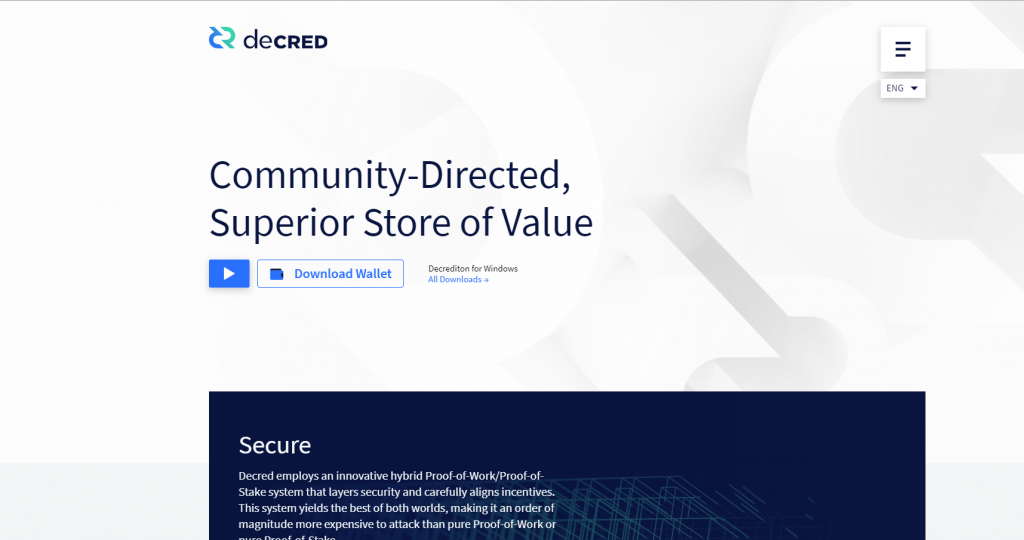 However, due to the underlying prerequisite requirement of more than three tickets in order validate a block, the latter must be broadcast publicly on the network as mining carries on, hence repealing any form of secretive mining. Due to this, no doubts blur the process as an attacker requires very enormous amounts of hash power in order to successfully execute a majority attack.

Another upper hand of Decred is that it's voters have veto powers to reject a re-org of more than six blocks or so. Therefore, re-org bases attacks are stopped before they even pop up to pose a threat. When relatively comparing an attacks total cost to that of pure Proof-of-Work, an attack on Decred is greater in order of size and any attacker with a stake would only be inflicting pain on themselves due to counter-interest oriented actions

Occasionally, protocol prompts the making of pivotal, contentious decisions. Due to this Decred possesses built-in formal systems which vouch for fairness. This may result from New technological advancements and ominous menaces from malicious sources. Moreover, due to differences in approaches resulting from real people the above was a smart move to curb anarchy orientation. In order to help Decred's evolution and long-term prosperity, a means to enable it to adapt to emergencies, conflicts, bug-fixes, or new technologies, formal agreements are facilitated.

For those who choose to dash in into the system, there is the provision of direct sovereignty. This freedom applies majorly of holder's funds. Trade is done by an exchange of time-locked coins with tickets that act as a permit to voting and approval of blocks, steering and orchestrating changes to consensus dos and don'ts as well as aiding the determination of policy and budget of the Decred decentralized autonomous organization (DAO).

Since stakeholders get a privilege to directly come in contact with the blockchain via voting to assent each mined block, they acquire power over miner's thus adding to security against major threats. Also, five tickets selected pseudorandomly from previous blocks aid ensurance of sound mining behavior, and also getting the ticket holder part of the block reward. In addition to this, ticket holders vote-on chain anomalies to the consensus code, thus handing over the direct control of Decred's future to them.

Politeia is a governance platform that applies cryptographic and timestamping attestation to transcribe all undertakings related to the discussion, submission and proposal voting. If a proposal undergoes consent, the owner gets mandated to commence work knowing that the whole community supports them with financial aid from the treasury.

The power of delegation.

Decred believes in the collective knowledge of its decentralized community. The plenty of room to carry out research and directly determine it's future is one of Decred's objectives. Due to formal governance systems present from the start, the Decred DAO is able to easily adapt and become long-term value storage.

It also enables one track consensus changes were from the look of things much has been cooking since the introduction of Decret maiinet version 1.0.0 to the current 1.3.1. Some of the reforms voted on include; enabling block header commitments to increase efficiency and security of lightweight clients, updating sequence lock rules to fully back up the Lightning Network, Enabling Lightning network which facilitates for off-chain transactions that arbitrarily settle on-chain. This optimally positions Decred's integration for both privacy and scaling. AS from these facts, it is fully attestable that Decred's form of consensus democracy has seen it beat the tide of time.
Decred Nodes

The Decred network possesses two nodes, namely; Light nodes and Full nodes. The latter validates the system and require one to fully download the blockchain transactional records for them to operate. A lack of sufficient Full nodes prohibits clients from network access. On the other hand, Light nodes require no full download as their only requirement is for block headers to be fully operational. They get serviced by Full nodes and apply a Simplified Payment Verification (SPV) for transactional verifications.

How to get Decred

Decred can be acquired through Digital currency exchanges and Decred Over the counter traders(OTC) as well as mining For the first mode of purchase which is deemed to be the safest, is stored in wallets which grant a holder exclusive control of private keys. Some of these wallets include; Bitfinex, Bisq, Bitladon, Bittrex, Bitvavo, Braziliex, CatalX among others. Unfortunately, there is no way to buy DCR coins with fiat currency, however, one can buy other crypto coins and trade them for DCR coins.

Over the counter, trade allows purchase or selling of DCR coins directly from a trader. The price is custom weaved between the two parties for a large quantity of DCR without employing exchanges. The minimum transactional size for OTC is $100,000 and above. Some of the recommended traders include; Reciprocity Trading, Escher Trade, Cumberland, One Chain Capital, Binance OTC and Koi Trading.

How to mine Decred

In order to enjoy profits aimed for, all one needs to do is to join a Decred mining pool. By becoming a member, one enjoys little, but frequent and steady income. However, if one decides to boost income via pool mining, here as some of the vouched for pool guidelines to aid selection of the best; Location of the server, pool fee, share of the market and lastly reward system. Pools with greater hash rate generate more mining power which hastens the block discovery process. One of the best is F2pool. 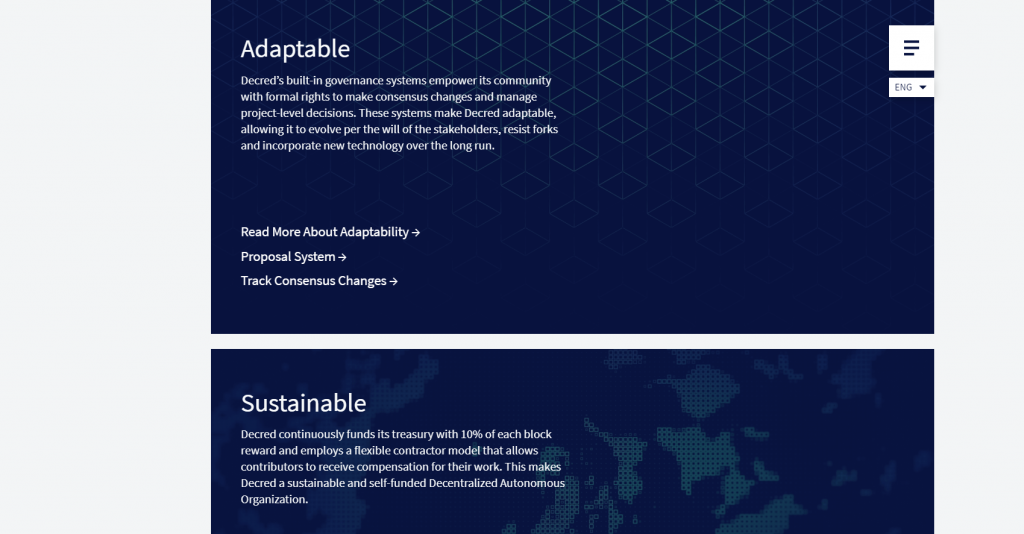 When selecting a pool, the closest server serves best due to reduced internet latency hence increase inefficiency. Lastly, having a couple of back up Decred mining pools is a futuristic endeavour as DCR mining pools heavily rely on software, hardware, internet and electricity. Consequently, glitches that arise due to the former may result in no mining 24/7, thus a registration in several Decred mining pools helps to automatedly switch URLs inline thus continuous mining is guaranteed.

Due to the increased level of success, online merchants have begun accepting DCR as payment. Payment processors facilitate for quick and easy acceptance via e-commerce platforms such as; Glover, Wired, Coingate, Livingroomofsatoshi and NOW Payments.
In a nutshell, let's take a look at both sides of DCR coins;

Turning over to some of the pitfalls and shortcomings of DCR we come across;

There is the provision of a chance to join, the Decred's fast-growing community where stakeholders can connect with developers and other users, get relevant information, get responses to Frequently asked questions as well as hang-outs. The public channels on Discord, Matrix and Telegram have undergone bridging. However, these are not the only platforms, some other examples include; Twitter, Reddit, WeChat, Medium, Weibo and Keybase.

It is indeed vivid that Decred (DCR) is one of the best altcoins in the market. Being the brainchild of the few BTC developers, it has proved free from intervention and malicious influences. The fair power ratio between miner's and users just appeal and works totally effective.
Also, the recurrent updating and taking in of suggestions from developers and other parties via voting just proves that Decred as a crypto coin truly works well with greater chances of potential growth in the long run.

Earning Money with Crypto and how t...

Earning with Crypto is the thing nowadays. Lots of people are thinking of how to get into it. Cryptocurrency is all about making money but not everyone is lucky due to th... 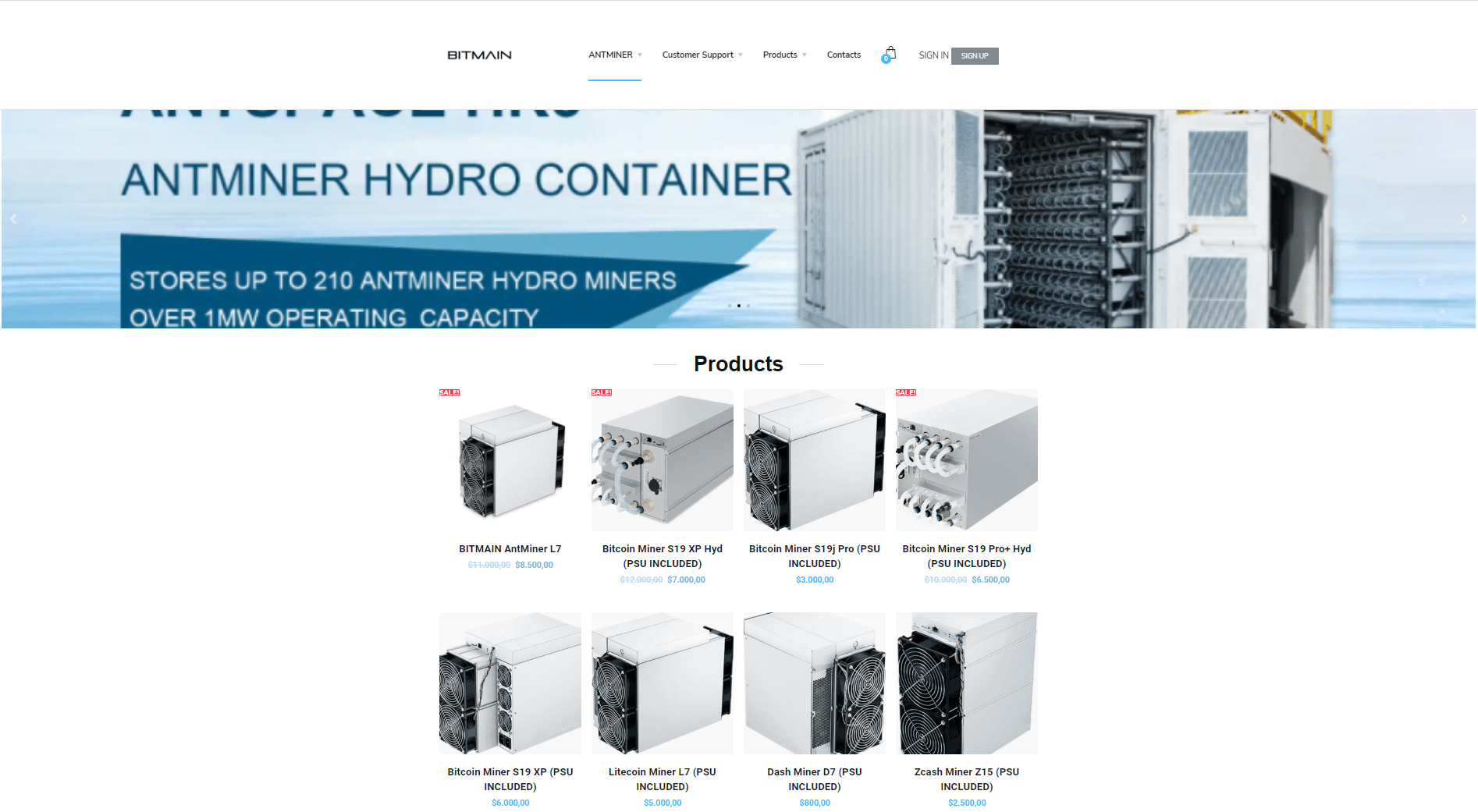 Antminer Asic Bitmain Review: Is as...

Antminer Asic Bitmain (asicbitmain.com) is a clone shop claiming a partnership with the manufacturer, Bitmain. Those who have bought miners from the store are angry at th...

What People Are Saying About decred