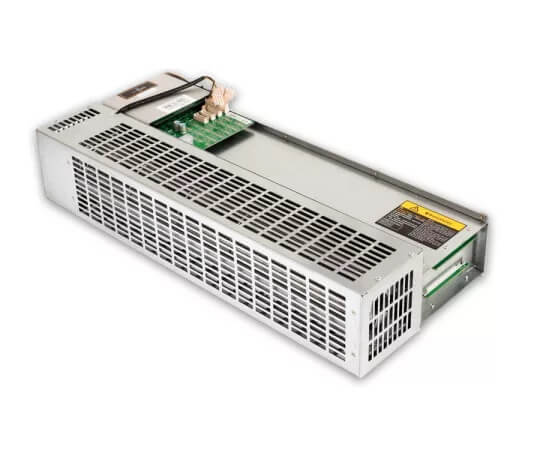 Model Antminer R4 from Bitmain mining SHA-256 algorithm with a maximum hashrate of 8.7Th/s for a power consumption of 845W.

The Antminer R4 was produced in the year February 2017. It runs at a specified hash rate of 8.6Th/s and power consumption of 845W +9. Unlike other versions of the Antminer, the Antminer R4 has a great design that sets it apart. The R4 happens to be one of the most efficient miners to be produced into the market with a power efficiency of about 0.1J/GH.

The Setup is simple, you just find the IP, the DHCP is enabled, and once it is enabled, type root for both the username and password. Once you’ve gained access, the menus are enabled for easy setup and operation. When the miner is switched on, it produces an immense amount of noise that is hazardous in any residential area. This can be avoided by placing a cap in the sound generated by the machine.

The Antminer doesn't exactly come off cheap, priced at slightly higher than $1000, it is described as more expensive than other devices out there. This high cost puts the machine out of reach for hobbyist miners.

The profitability of any Miner is as a result of its hash rate, and because the R4 is the second most profitable miner after the S9, having a high hash rate means that it will have higher profitability.

The major aim of most miners is to make a profit, the R4 consumes 845Watts with an APW5 PSU Power supply. It will take you about 527days to earn back your investments, assuming your total investment is $1000 for the miner and about $240 for the power supply, provided the energy bills remain under the $0.10 per kWh.

Coins you can mine with Bitmain Antminer R4