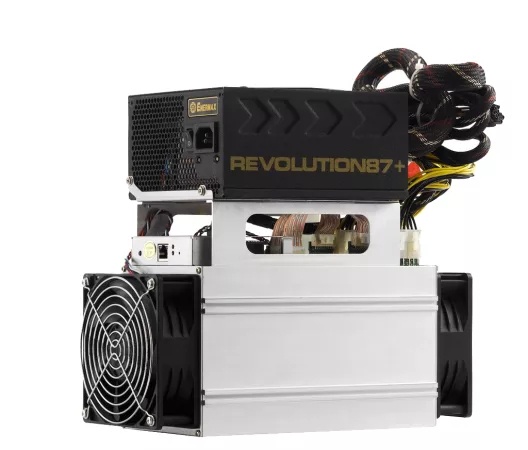 Model Antminer S7-LN from Bitmain mining SHA-256 algorithm with a maximum hashrate of 2.7Th/s for a power consumption of 697W

The Antminer S7-LN miner was released in June 2016, by Bitmain. It has a hash rate of 2.7th/s and maximum power consumption of 697W. It has a pretty decent efficiency of about 0.25J/GH and operates at temperatures between 0-degree celsius to 40 degrees celsius.

The power consumption varies according to the value of temperature. The Antminer S7-LN contains a power supply unit that doesn't include a power cord to it. It also has about 3 PcI- connectors, they are used to connect the +12V DC input on each hashing board. The 3 PcI e-connector are all required for this connection.

The S7-LN version of the Antminer uses less the amount of energy/gigahash of the S5, and not only that, but it is one of the most efficient Atminer ever.

It is also one of the most powerful miners to enter mass production, and having a hash rate of 0.25J/GH, it is said to be the most efficient mining machine that has been produced into the mining community.

Notes: The Power supply unit of the miner is included, but the power cord is not included, you can find a 16A from any local market.

Coins you can mine with Bitmain Antminer S7-LN