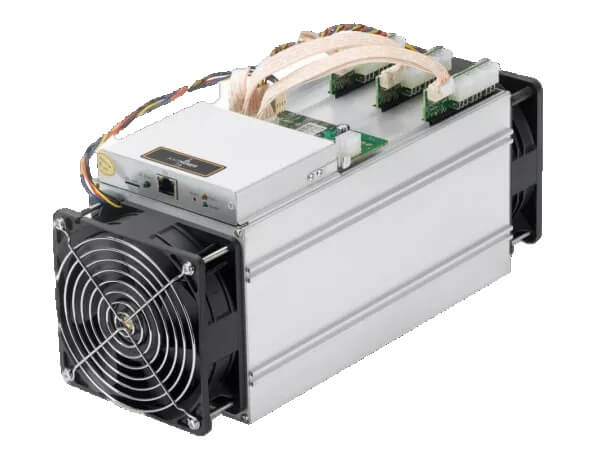 Bitmain Antminer S9 (14 Th) is using the SHA-256 algorithm with a maximum power consumption of 1372W. A maximum hash rate of 14 Th is what this miner brings to the competition. Bitmain is a proven manufacturer and has been in the industry for a long. Miners can mine over 42 coins with this unit. To top it all, you can mine exotic and major coins at a profit. The miner is ASIC supported, which means you can monitor it even while away.

It comes with a higher voltage, unlike other miners in the Antminer bag. The voltage is marked at 11.60 to 11.00V. Antminer s9 14 Th was released in November 2017 and has been in the industry for long. Some of the top coins with this miner include Mining Rig Rentals and Zergpool. You can also mine Acoin, Bitcoin, BitcoinCash, Curecoin, among others. Mining pools associated with this miner include AntPool, NiceHash, Poolin, SlushPool, and ViaBTC.

One of the few places to buy the miner is direct from the manufacturer. Due to the demand for this unit, only a few stores have this unit.

SHA-256 is synonymous with most Bitmain miners as it gives users the ability to mine more coins. The algorithm is hyped as it produces enough power to mine over 40 coins. Most of these coins are profitable and are sort after in the market. There are three chipboards, and the chip name is BM1387. The chip size is 16nm and has a chip count of 169. It’s the same as with other Bitmain miners, as it uses the Ethernet interface and comes with 10*6pins wires.

Efficiency of the platform

0.098j/Gh is the efficiency that comes with this powerful miner. There’s maximum power consumption of 1372W, which is enough to mine a variety of coins. The miner is a favorite among miners with a few years of mining experience. Due to the durability and user-friendly interface, the efficiency is enough to get reasonable profit margins. And this is the main reason why miners prefer this unit over the other products in the S9 category.

It comes with a 14 Th hash rate, which is enough for mining major coins. The industry has other higher hash rates, but this one is the mother of them all. With more than three years in the game, the hash rate still produces profitable coins even to date.

85 dB is a bit too much for miners who want to mine at home. With the unit being the first to roll out, the sound levels were a bit too much. The mine is ideal for large farms and a well-built shop to prevent noise from coming out.

The Profitability of the Bitmain Antminer S9 (14 Th)

There’s a high chance of making a profit with this miner. According to statistics, a day’s worth of mining brings a profit of -$1.62. Due to the various market conditions, profitability may change from time to time.

The manufacturer offers a six-month warranty from the date of shipping. Warranty only covers the initial purchaser of the miner.

The profitability may change due to electrical charges in your area. We won't be held liable for any losses incurred while mining with this unit. Crypto mining is a risky investment

Coins you can mine with Bitmain Antminer S9 (14Th)