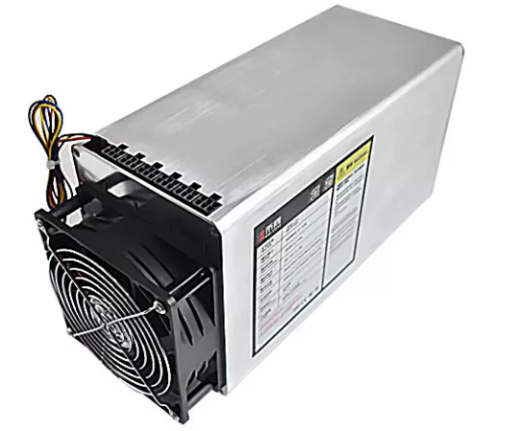 BW L21 is a miner that uses the Scrypt algorithm whose top coin is Litecoin. The miner comes with a maximum hash rate of 550 Mh/s and power consumption of 950W. It was released in January 2018 by the BW manufacturer.

The L21 model is one of a kind as it can mine a total of 12 coins. With the most profitable coin being Litecoin, other mineable coins include GameCredits and Gulden. It weighs 5750g and is a favorite for Litecoin mining.

Characteristics and Features of BW L21

It comes with 6*6 pin wires and a maximum voltage of 12V. You can also mine DigiByte, Dogecoin, Emerald, Florincoin, Verge, and more. Most Litecoin miners prefer this unit as it offers a more realistic way of mining. It comes with an easy to use interface and has low electricity bills.

The low electricity bill is due to low power consumption. Most newbies will fall in love with the miner due to its simplicity.
Joining a mining pool can speed up the mining of these profitable coins. You can do so by joining reputable mining pools.

These include AntPool, F2Pool, Litecoinpool, and more. Get this miner directly from the manufacturer bw.com or selected online stores.

Algorythm of the L21 BW

Scrypt algorithm is used for mining Litecoin and has one huge advantage. The algorithm is designed to take advantage of high-speed RAM. It makes sure mining is quick as well as Crypto transaction is safe.

With this algorithm, miners can handle transactions in bulk and mines blocks immediately. The algorithm is also safe to use. With L21, the miner has three chipboards with a chip count of 144. The chip’s size is 28nm, which is larger than most ASIC miner chips.

Efficiency of the L21 Miner

It also comes with high efficiency of 1.727j/Mh. With this high efficiency, miners are able to mine more coins at a faster rate. The power consumption is low, ensuring that the electricity bill is affordable.

And this is why this particular miner is best for expert and newbie miners. It’s an alternative to ASIC Litecoin miners as it offers an affordable way to mine. With this efficiency, you are guaranteed of a lucrative mining experience.

550 MH/s is the hash rate that you find with this miner. Even though this is a low hash rate, it’s fair as it offers fewer coins. The hash rate is effective enough to offer 12 profitable coins. With Scrypt being the algorithm, the hash rate offers a safe way of mining.

It comes with a standard noise level of 75 decibels, which is enough for any environment. You can easily set up a home mining venture with this miner. No more worrying of loud miners as this is environmentally friendly.

For those looking for large scale mining, the miner is highly efficient. You don’t expect any complaints from neighbors as the miner’s sound levels are relatively low. It also comes with two fans to help with cooling.

The Profitability of BW L21 Miner

With low power consumption, miners expect the unit to be highly profitable. It may not be the case if the market does not favor any of these mineable coins. Get to understand the market and find out when best to mine Litecoin.

You also should know the electricity rates in your area. Most of the profit will be deducted due to electricity bills.

Warranty of the L21 Miner

There’s a one year warranty that only covers the original buyer of the unit.

There won't be any liability responsibility to Mining Watchdog. Kindly note that the above information is for educational purposes only. We only enlighten users on the miner's capabilities. Crypto mining is a risky investment.

Coins you can mine with BW L21