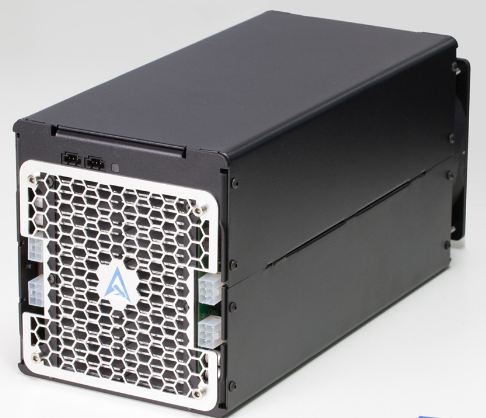 Canaan Avalon 6 Miner is one of the first miners from the Canaan Manufacturing Company. The miner mined Bitcoin and was released in May 2018. Currently, only second-hand Avalon 6 miners are found. Most stores have run out of this unit which was profitable for over two years. It goes to show the quality that the miner brought to the table. To understand more about the Avalon 6 miner, you should continue reading through this piece. We have all the specs of Canaan Avalon 6 Miner.

A look at the miner shows a compact design that allows users to mine with ease. It weighs less than 5 Kg and has solid dimensions. You can easily use the miner for long-term mining as it does not take much space.

There’s no ASIC support with this miner, which means no monitoring while away. Users can hire a developer to develop an Avalon Management system. You can now have access to over 20 Avalon 6 miners.

The miner enables miners to manage over 60 of these units and create 220T. With a power consumption of 1100W, this sounds like a perfect plan for large-scale Bitcoin mining. There are over 40 coins to mine with this unit.

DigiByte, Bitcoin, and Bitcoin cash are the most profitable coins to mine. The protection degree is 1P20 which protects the miner from overheating. You get a 4X 6Pin power connector, and all four connectors must run simultaneously.

There are reliable mining pools to join and increase your chances of mining more coins. These pools help create a reliable and stronger Bitcoin mining network. The network is secure and allows users to mint coins faster.

Some of the notable mining pools include AntPool, F2Pool, NiceHash, ViaBTC, and more. Only a few stores still have this miner as most have already sold out.

SHA-256 algorithm is seen as the best hashing algorithm as it has no known vulnerabilities. The miner comes with total protection against the 51 percent attack. Canaan 6 Miner comes with 80 chips which is a lot considering this is a 2018 product.

Only a few miners could have had a chip count of such magnitude. It goes to show the seriousness this company had from the day first day. Most of their miners are fully functional, and the algorithm secure and stable.

Efficiency of the Canaan 6 Miner

The miner comes with an efficiency of 3.5T/1100W, which is the standard number. With a power consumption of 1100W, it shows how well the miner performs. Miners will also be happy with the power costs.

With the miner barely hitting the 1000W mark, this is a manageable miner. The electricity cost will be low, thus enabling miners to mine for longer. It’s a miner that was produced to mine coins for longer and still bring down operating costs.

These are the miners that will one day be considered ‘Crypto classics.’ The higher the hash rate for mining, the more secure the network. It also fast tracks the mining process by a mile.

The Profitability of Canaan Avalon 6 Miner

Miners should keep in mind that this unit is three years old. It was a profitable miner the following two years and has made miners a lot of profit. Today’s market data shows a profit ratio of – 62 percent and an annual return percentage of – 1 percent. It means the returns per year stand at negative $678.

Warranty of the AvalonMiner 6

From the date of release, the unit had a warranty period of 30 days.

We won't be held liable for any losses incurred while mining with the above unit. Kindly note that Crypto mining is a risky investment.

Coins you can mine with Canaan Avalon 6 Miner