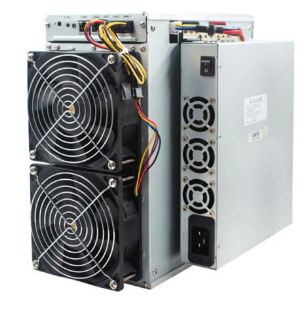 Canaan Avalon Miner 1146 75 TH/S is a Bitcoin miner using the SHA-256 algorithm. The miner is a better and improved version of the original 1146 unit. Coin mining central is the official vendor of this unit. There are only a handful of these miners, and you should grab one if you can. It comes with a maximum hash rate of 75 TH/s and power consumption of 3400W. Get to know more about this unit in the detailed Canaan Avalon Miner 1146 (75 TH/s) review.

A closer look at the miner reveals no change in the design of the new miner. The 1146 miner is provided to coin mining central with three different specs. The difference between the three is the hash rate as it comes with 75T, 70T, and 65T.

Miners will get a mix of these three according to the production output coin mining central receives. There’s no refund for the 75 TH/s miners but, the other two have a refund policy.

Miners from all over the world will get the batch by March 2021. The miner weighs 12.8 Kgs and does not take much space. It makes it a perfect unit for large-scale Bitcoin mining. The miner uses the Ethernet interface and has a maximum voltage of 12V.

Some of the profitable coins to mine include Acoin, Bitcoin, Bitcoin cash, Curecoin, Terracoin, and more.  You can mine a total of 43 coins with this unit.

Those looking to join a mining pool can do so with ease. There are a few mining pools that support this miner. These pools include AntPool, NiceHash, Poolin, SlushPool, ViaBTC, and more.

Thanks to these pools, you get to join a more safe and secure network. It makes solving puzzles easier. Coin Mining central is the only authorized vendor with this unit.

The miner is using one of the safest hashing algorithms. It’s using the SHA-256 algorithm that is best known for having no vulnerabilities. It’s the best algorithm to use when mining as it’s totally secure.

You get the protection you need from the 51 percent attack. Bitcoin needs a safe hashing algorithm that solves puzzles faster to allow the minting of new coins. It takes about 10 minutes to mine one Bitcoin if using a large mining pool.

And this is one of the reasons why the manufacturer only sent out a few units. The improvements done on the hash rate are commendable. There’s high processing power for the network, thus solving more blocks rapidly.

It comes with 75 decibels of sound, which is enough to start a home mining firm. You should not expect any complaints from neighbors once you start your home mining experience. The unit is also ASIC supported, which means you can monitor the progress while away.

It’s highly profitable as Bitcoin prices continue to soar. Get your hands on this miner and expect to get a reasonable daily profit.

There’s a six-month warranty that comes with this unit.

Mining watchdog won't be held liable for any losses incurred while mining with the above unit. Kindly note that Crypto mining is a risky investment. The above information is solely intended for educational purposes.