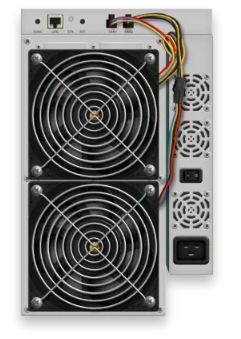 Canaan Avalon Miner 1146 Pro is a Bitcoin miner released in August 2020 and enjoys a realistic profit margin. It’s a miner using the SHA-256 algorithm with a hash rate of 63 TH/s. There’s the power consumption of 3276W, which is an improvement from the original 1146 miner. You can mine a total of 43 coins with this unit. Some of the top coins to mine include Acoin, Bitcoin, Bitcoin cash, Terracoin, and others. Learn more on the miner in this detailed Canaan Avalon Miner 1146 Pro.

There’s no difference in appearance when it comes to the last series of the 1146 class. The miner comes with a commendable size and weight. It’s fully ASIC supported, which means you can manage and monitor the mining process while away.

These are some of the exciting features that drive Bitcoin miners to buy the 1146 Series. It’s also going to be a profitable miner thanks to the soaring prices of Bitcoin.

You can get this unit directly from the manufacturer or a few selected stores. To increase your chances of mining Bitcoin, it’s best to join mining pools. Some of the leading mining pools that support this miner include AntPool and SlushPool.

It was released in August, and already talk of improving it is on the table. Here are the full specs of this one-of-a-kind Bitcoin miner.

Thanks to its security, miners solve block rewards faster than any other hashing algorithm. The SHA-256 algorithm remains to be the best hashing function the Crypto world has seen. And with good reason, the algorithm does produce results.

The miner comes with an efficiency rate of 0.052j/Gh, which is impressive. It also comes with a high power consumption which raises the costs of running the unit. The results justify the means as the miner is profitable.

It has a power consumption of 3276W, which will drive up the cost of running this unit. Most Bitcoin miners have a high power consumption that helps boost performance. The risk is worth the reward as the miner produces reasonable daily profit margins.

63 TH/s is an impressive hash rate and does have the capability of solving block rewards faster. There’s a high processing power within the Bitcoin network, making it secure. Miners get the chance to validate new blocks and add these coins to the blockchain network.

The higher the hash rate, the more Bitcoin you mine. And this is the scenario the manufacturer offers to users. High power usage and the result is mining more Bitcoin.

There’s the right amount of humidity and temperature to use to keep the miner running. Using the manufacturer’s recommended settings prolongs the life of a miner. The set humidity is a maximum of 95 percent and a minimum of 5 percent. There’s also a temperature preference of 35 degrees Celsius maximum and – 5 degrees Celsius minimum.

.
The unit does come with four fans that help with cooling.

Canaan offers a one-year warranty for this unit.

Mining Watchdog won't be held liable for any losses incurred by persons who buy or mine with the above unit. The information provided herein is for educational purposes only. Kindly note that Crypto mining is a risky investment.

Coins you can mine with Canaan AvalonMiner 1146 Pro