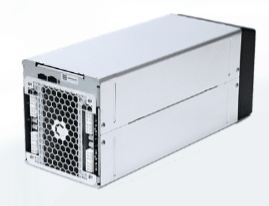 Canaan AvalonMiner 911 is one of the best Bitcoin miners to have ever graced the mining world. Released in October 2018, the miner is still profitable even to this day. It uses the SHA-256 algorithm with a maximum hash rate of 19.5 TH/s. The power consumption stands at 1750W, which means you can easily manage the electricity expenses. What the manufacturer was trying to do was bring down the cost of running the miner. Read this detailed Canaan AvalonMiner 911 review for more.

A closer look at the miner reveals that it has some exciting features. It’s what drove most Bitcoin miners into buying this unit. The manufacturer uses the design to create a miner that is ahead of its time. Most of the stores are already out of stock with this unit.

Some miners want an improvement of the unit or, at least, new batches. Whatever the outcome, those who still have the miner are still getting a profitable outcome.

BTC+NMC and BTC+VCASH are some of the top coins to mine with this unit. You can mine a total of 45 coins with this miner. The weight and size of the miner makes it a perfect option for large-scale mining.

It doesn’t take much space and weighs less than most Bitcoin miners. There’s no ASIC support for this miner, which is a minor issue. It means you won’t track the miner’s progress while away.

The good news is that you can join many reputable mining pools. Mining pools create a bigger network that allows users to mine coins faster. These mining pools include AntPool, NiceHash, SlushPool, ViaBTC, and more. As indicated earlier, most of the stores are out of stock with this unit.

The algorithm also ensures that coins are mined faster than any other. It has 204 chips, and the chip type is A3210M.

Efficiency of the 911 Miner

0.089j/Gh is the efficiency that this miner brings to the table thanks to the high power. It comes with a power consumption of 1750W, which helps boost the performance of the 911 miner. Most Bitcoin miners are currently surpassing the 3000W mark to ensure optimum performance.

With this miner being one of the first Bitcoin miners, the power is commendable. You can easily manage power costs with 1750W and mine for longer.

It comes with a hash rate of 19.5 TH/s which is another feature that drove miners to the unit. Back in 2018, such a hash rate was unheard of. Current miners are now having over 100 TH/s. It goes to show how well the Canaan AvalonMiner manufacturing company designed the miner.

A high hash rate ensures that miners get the opportunity to mine for longer. It also produces a secure hashing network that protects users from the 51 percent attack.

The miner comes with a typical noise volume of 70 decibels. It’s just the right amount to start a home mining activity. You can also use a bunch of these miners for large-scale mining. Don’t expect any noise complaints as the 70 decibels is environmentally friendly.

The Profitability of Canaan AvalonMiner 911

With the current market favoring Bitcoin, the 911 Miner has a profit ratio of 25 percent. It also comes with an annual return percentage of 78 percent. With the miner being over two years old, it still manages to produce daily profit margins.

Warranty of the 911 Miner

It comes with a 180-day warranty that only covers the initial buyer.

We at mining watchdog won't be held liable for any losses incurred while mining with the above unit. Kindly note that Crypto mining is a risky investment.

Coins you can mine with Canaan AvalonMiner 911