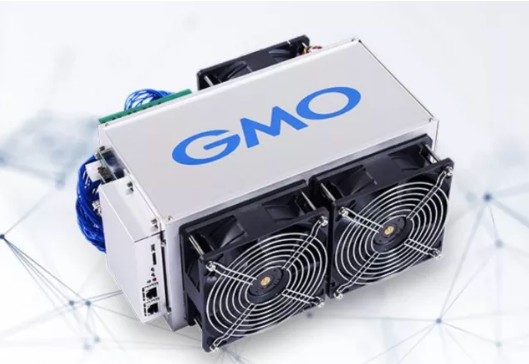 GMO Miner B3 is using the SHA-256 algorithm and has a maximum hash rate of 33 Th/s. There’s the maximum power consumption of 3417W which is higher than in most units. It was released in November 2018 by the manufacturer GMO Miner. The manufacturer has been around for a while and has enjoyed customer feedback for their products. It weighs less than most miners in its category, coming in at 5000g. The top coin with this miner is Bitcoin and Bitcoin cash.

Features and specifications of GMO Miner B3

The miner's size is 136*163*430mm, and it uses the Ethernet interface. It has one of the highest power consumption to hash rate ratios, which is an imbalance. Some of the top mineable coins include Acoin, Curecoin, Peercoin, and Terracoin. The known mining pools associated with this miner include AntPool, NiceHash, Poolin, SlushPool, and ViaBTC. You can buy this miner from GMO Miner’s website or a trusted merchant or vendor.

Algorithm of the Miner B3 GMO

SHA-256 algorithm is what you will find on this miner. And the algorithm is good as it gives miners the ability to mine over 40 coins. With this algorithm and the miner’s build, users can mine exactly 42 coins. And all these coins are profitable, which makes it a worthy platform. It comes with three chipboards with a chip size of 7nm. The chip’s name is GMO72b and is one of the smallest in the business.

Efficiency of the B3 Miner GMO

The efficiency rate comes in at 0.104j/Gh, which is another milestone from the miner. Considering how small the chip is and the overall build, this is an outstanding miner. With the miner's release, users are overall satisfied with the balance of efficiency and hash rate. There’s a 12v maximum set to avoid overstressing the miner.

Hash rate of GMO Miner B3

With the miners trying to work at optimum levels, humidity and temperature play a huge role. The minimum humidity set is 5 percent while the maximum is 95 percent. Temperature levels are set at a minimum of null and a maximum of 40 degrees centigrade. The miner also comes with two fans to help with cooling.

It comes with 75 decibels, which is enough to start mining at home. You can also use the miner in an industrial complex without having to worry about sound levels.

The profitability of the GMO Miner B3

A day’s worth of mining with this unit will give you an income of around $4.66. In a year, miners expect an income of $1697, which is worth the investment. Users should note that profitability is affected by electricity rates and market conditions. The price of the coins will heavily determine the overall profit.

Warranty of the B3 GMO Miner

With this miner, the manufacturer offers 180-day warranty from the date of shipping.

All information provided above is for educational purposes only. Consumers should be aware of the risks involved with Crypto mining. We won't be held liable for any losses incurred while mining with the above unit.

Coins you can mine with GMO miner B3