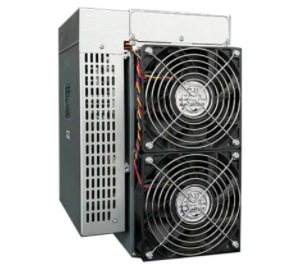 Goldshell LT5 Pro comes with the Scrypt algorithm and has a maximum hashrate of 2.45Gh/s. In addition, the miner comes with a maximum power consumption of 3100W. It’s also known as the LT5 Pro Dogecoin + Litecoin Miner. The miner came out of the shelves in August 2021 and is still making a profit as we start 2022. So what we have is an improvement from the predecessor, the LT5. Learn more in our detailed GOLDSHELL LT5 PRO REVIEW.

Looking at the miner, it has the same physical appearance as the LT5. There are no significant changes in the overall appearance of the Goldshell LT5 Pro. What we do have is a more powerful miner.

You have a miner capable of mining several profitable miners. These include Auroracoin, Dogecoin, Florincoin, Litecoin, and more. Therefore, investing with the miner with these highly profitable coins makes sense.

There are several mining pools to join to increase your mining power. These include AntPool, Easy2Mine, Litecoinpool, NiceHash, and Pooling. We recommend joining mining pools as a combined mining power gives you a better outcome.

With several stores to choose from, we recommend buying from proven stores. You would want a store that provides the miner in full, including PSU and other accessories. Go for a store that offers a maximum warranty period for the miner.

With the Scrypt algorithm, you get a mining formula that confirms crypto transactions faster. The Scrypt Algorythm was designed to utilize high-speed memory. You get an algorithm that generates currencies that handle bulk transactions.

Most miners prefer the Scrypt algorithm as it’s far less complex than other algorithms. In addition, there’s a reduction in energy consumption when it comes to this miner. Did you know that Scrypt mining is four times faster than Bitcoin?

Newer cryptocurrencies even prefer to use this algorithm over SHA-256. And this goes to show the power the Scrypt Algorythm has over other currencies. It offers convenient operations and, thus, a better mining algorithm.

The algorithm also provides a higher level of security. It’s also one of the fastest hashing algorithms the world has to offer. You can use this algorithm for Litecoin protocol and other coin-related cryptos.

And this gives miners the ability to mine over 20 profitable coins. Moreover, thanks to the power output, it’s possible to mine for days with the miner. Thankfully, it uses the Ethernet interface and has a maximum voltage of 176-264v.

The miner comes with a hashrate of 2.65Gh/s. It’s one of the most potent hashrate for the Goldshell LTC miners. With this hashrate, you get more coins, such as Dogecoin, increasing profit.

A high hashrate indicates how healthy the network is for mining. You also get to solve more block puzzles faster. Therefore, we recommend the miner due to the improved hashrate and block-solving capabilities.

One of the downsides of the miner is noise. It’s louder than most miners coming in with eighty-five decibels. So it’s not ideal for home mining, and you would need to consider an industrial place for mining.

In January 2022, months after its release, the miner is still making $11 in daily profit. The miner also has a manageable daily electricity expense of $8.93. It’s a miner worth having for experienced and newbie miners.

Depending on the store, expect a full warranty of 180 days.

Miningwatchdog won't be held liable for any losses incurred while buying or mining with the above mining unit. Cryptocurrency mining is a risky investment.

Coins you can mine with Goldshell LT5 Pro