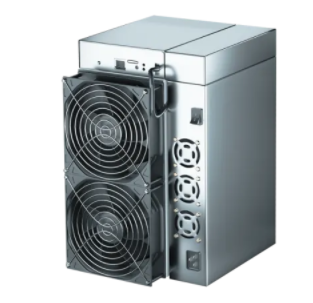 Goldshell LT6 or the Goldshell LT6 Litecoin/Dogecoin Miner is here with us. The miner is another masterpiece from the Goldshell Manufacturer. It comes with a maximum hashrate of 3.35Gh/s and power consumption of 3200W. The LT6 Goldshell Miner is one of the most powerful Scrypt algorithm miners. Slated for release in January 2022, the miner is bound to bring some good tidings. Learn more in our comprehensive GOLDSHELL LT6 REVIEW.

When you first look at the miner, you notice some physical changes. First, the miner is more extensive than you would expect from the Goldshell Manufacturer. It comes with a size of 264*200*290mm and weighs 12,500g.

You can mine several coins with the miner, with Dogecoin and Litecoin being the top coins. With the LT6, miners can mine over 14 coins with the unit. Other coins include Auroracoin, DigiByte, and more under the Scrypt algorithm.

Several mining pools can give you the mining power you need to increase your mining capabilities. These include AntPool, Easy2Mine, Litecoinpool, NiceHash, and Poolin. We highly recommend joining any one of these pools.

For now, the miner is not available in stores yet. The release date means it's the first miner we have for 2022. With Dogecoin being a profitable coin, it makes sense to go for it. However, it would be best to hurry as the manufacturer will only release a few units.

Thanks to the Scrypt algorithm, you can confirm cryptocurrency transactions faster. The algorithm was designed to utilize high-speed memory. Scrypt can generate enough power to handle bulk transactions and instantly mine a block on its network.

Here's a refresher course for those who don't know much about the Scrypt algorithm. It's a password-based essential derivation function. The algorithm was deliberately created to hinder large-scale hardware attacks.

It's a suitable ASIC-resistant algorithm thanks to the scale custom hardware security feature. In addition, the algorithm is much easier to use and faster than SHA-256. Finally, thanks to its convenient operations, new cryptocurrencies prefer this algorithm over SHA-256.

With coins such as Litecoin differing from Bitcoin, the algorithm suits these coins. In addition, there's faster block generation with Scrypt Algorythm and uses proof of scheme work. Thanks to this algorithm, the first altcoins were created.

Efficiency of the LT6 Goldshell Miner

Being a powerful miner, there are a handful of Scrypt algorithm miners with more power consumption. For example, the Goldshell LT6 has a maximum power consumption of 3200W. And this means having what it takes to mine over ten highly profitable coins.

0.955j/Mh is the efficiency that comes with this miner. Although some might consider it small, it does mine effectively. Thanks to the high power, the unit comes with four fans to help with cooling.

The miner comes with a hashrate of 3.35Gh/s. Again, the miner seems to have all the power and not so much as hashrate. There are other miners with a high hashrate than the Goldshell LT6 Miner.

With a low hashrate, the miner can only mine a few coins at a go. So the miner will have to mine for longer, and the electricity rate will increase. So your only advantage is that the mineable coins are highly profitable.

For the miner to work efficiently, you need to work under the right set of conditions. And this means having the right room temperature. You don't want your miner to overheat and stop mining.

Profitability of the Goldshell LT6

The miner offers $19 in daily profit, according to today's data. Based on your electricity rates, the cost of running the miner is $9 daily. In a year, the projected income is $6,000. So it's a miner suitable for home mining as well.

Depending on the store you buy the miner, expect a full warranty of 3 to 6 months.

Miningwatchdog.com won't be held liable for any losses incurred while mining or purchasing the above miner. Information you see is for educational purposes only. Cryptocurrency mining is a risky investment.

Coins you can mine with Goldshell LT6