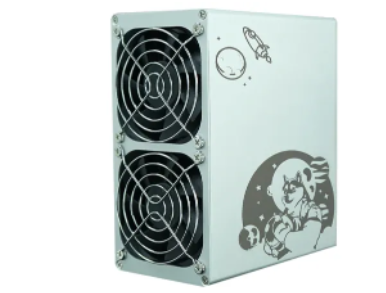 Goldshell Mini-DOGE Pro is out, and the Scrypt algorithm-based miner comes with a maximum hashrate of 205 Mh/s. The miner also comes with a maximum power consumption of 220W. It makes it the third Goldshell miner for the year 2022. Slated for release in April 2022, the miner has a handful of surprises. However, there’s more to the miner than meets the eye. Here’s our comprehensive GOLDSHELL MINI-DOGE PRO MINER REVIEW.

A Brief Overview of the Goldshell Mini-DOGE Pro Miner

You see a compact miner with no naked wires running alongside it when you set your eyes on it. The mining unit is small in size but packs a punch with the number of mineable coins. It mines a total of 30 coins, exceptional!

With altcoins getting the much attention they deserve, Goldshell has come up with a fantastic miner. The miner is an extension of the previous model, the Goldshell Mini-Doge. However, it’s the pro version with a higher hashrate and lower power consumption.

Some notable mineable coins include Dogecoin, Emerald, GameCredits, Gulden, and others. We must mention the profitable coin, Litecoin, and Florincoin, not forgetting Auroracoin.

The obvious choice is to sign up with a reputable mining pool to increase your mining power. This coin's known mining pools include AntPool, Easy2Mine, Litecoinpool, NiceHash, and Poolin.

There are several places to buy the miner. We recommend using a store with a strong reputation, such as Coin Miner bros. Unfortunately, there are no cloud mining contracts available for the mineable coins.

Scrypt algorithm helps confirm cryptocurrency transactions faster than most algorithms. The algorithm is also safe and secure compared to other mining Algorythm. It’s a proof-of-work algorithm and was first implemented in September 2011.

Security is one of the selling points of the Scrypt algorithm. It works thanks to the method known as the increased derivation of keys. The keys are sequential memory functions that help maintain the stability of the network.

It comes with high efficiency of 1.073j/Mh. It’s one of the highest efficiencies under the Scrypt network. Compared to the size of the miner, the high efficiency is a result of the maximum power consumption.

More power means the miner’s capabilities significantly increase. With a maximum of 220W, the miner is the best usability and results. But, of course, you also have to give props to the manufacturer for creating an energy-caring miner.

The miner uses the Ethernet interface, thereby using a smaller voltage. We see a miner that enables low energy consumption as it mines the 30 coins. Although most are altcoins, these coins do bring an ROI in the end.

You get a miner offering a maximum hashrate of 205 Mh/s. That’s the best hashing algorithm under the Mini DOGE brand. With the previous version having a higher power consumption, this one favors miners.

For the miner to work effectively and efficiently, you have to look at the manufacturer’s recommended settings. That ensures that the miner works under optimum room temperatures. In addition, it helps avoid overheating, which damages the miner.

The miner comes with a maximum noise level of 35 decibels. That’s the best noise level for any mining setup. So you can use the miner at home or in a large industrial park and expect no noise complaints.

Depending on the day and market prices, the miner offers different profitability. But, of course, it all depends on several factors, including your electricity rates.

Warranty of the Mini-DOGE Pro

You have to check with the store to confirm the warranty.

The above information intends to educate the reader about the miner and what it brings. Miningwatchdog won't be held liable for any losses incurred while mining with the above unit.

Coins you can mine with Goldshell Mini-DOGE Pro