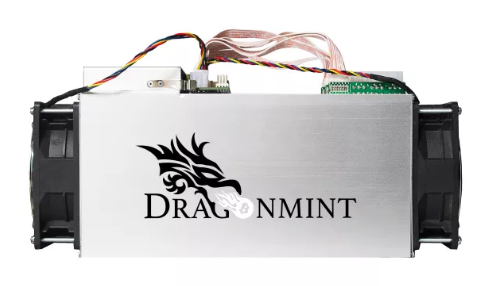 Halong Mining is a manufacturer that is clearly changing the Crypto mining game. The latest model from the Chinese-based Company is the Halong Mining DragonMint B29. It uses the Blake265R14 algorithm with a maximum hash rate of 2.1 Th/s. The miner comes with a low power consumption of 900W. For experienced miners, low power consumption is a crowd puller. Miners won’t have to incur high electricity costs while mining with this unit. And this is one of the many reasons to buy this miner.

Features and Summary of the Halong Mining DragonMint B29

We do see why most miners would go for this miner. The miner comes in a dimension of 310*124*155mm and weighs 6Kgs. You immediately notice that the miner can fit anywhere and doesn’t take much space. Decred is the mineable coin with this unit and, thus, the low power consumption. It also has an incredible hash rate that allows users to have a profitable mining experience. Decred miners should go for this miner due to its features and rarity.

The only mineable coin is Decred, and it makes it a one coin miner. There are reliable mining pools that use this miner. These mining pools include CoinMine, Luxor, and Poolin. You can get this miner directly from the manufacturer or selected stores.

Algorithm of the DragonMint B29

You can bet that the miner uses the Blake256R14 algorithm that is used for mining Decred. The algorithm is secure and prevents the 51 percent attack. Apart from having this algorithm, the manufacture fails to inform users on the available chip. There’s no information from the manufacturer on the chip used. We don’t know the chipboards, chip count, or the chip’s name. And this is a feature miners need to know before buying any mining equipment.

Efficiency of the B29 DragonMint

The miner comes with an efficiency rate of 0.429j/Gh. Users will note that this is a high-efficiency rate compared to most miners. The efficiency rate is coupled with low power consumption for an effective mining experience. With this efficiency, miners are bound to have a profitable mining experience. We notice that the manufacturer wanted a unit that only targets Decred miners. It is a great show of might to only go for specific coin mining equipment. The manufacturer shows how valuable this coin is on the world stage.

Hash Rate of the Halong Mining DragonMint B29

Most might consider 2.1 Th/s as a low hash rate, but they are mistaken. The miner only mines one specific coin, and the hash rate delivers in security and speed. A fast hash rate means that the unit solves block puzzles faster. The result is having a miner that mines Decred faster and in a secure network. With a power consumption of 900W, this has to be one of the most affordable units around. The electricity cost will be low, and the profit will be high thanks to a moderate setting.

As far as humidity and temperature settings go, the manufacturer has set the recommended environs. The minimum humidity is set at 5 percent, and the maximum is 95 percent. For temperature, the maximum is 40 degrees centigrade, with 0 degrees centigrade being the minimum. There are no other cooling features apart from 2 fans that help with cooling.

The Profitability of Halong Mining DragonMint B29

Warranty of the DragonMint B29

It comes with a 90-day warranty that only covers the original buyer.

We provide mining equipment data for educational purposes only. We won't be held liable for any losses incurred while mining with this unit. Understand the risks involved with Crypto mining and invest in an amount you're willing to lose.

Coins you can mine with Halong Mining DragonMint B29