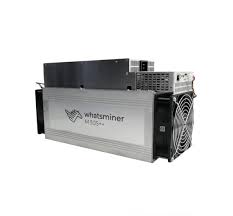 The MicroBT Whatsminer M30 S++ is the latest miner launched and sold by Whatsminer. It is one of the fastest miners with a hash rate of 112TH/S and power consumption of 3472W. It can mine on the SHA-256 Algorithm. The miner's top coins are Bitcoin(BTC) and BitcoinCash(BCH).

Specifications of the Whatsminer M30S++

This miner consumes a lot of power and requires a high hash rate and, as such, is not encouraging for new miners on a budget to buy. But if you can afford the electricity supply, then you will be on your way to profitability. It was recently released in October 2020 by the MicroBt Whatsminer company and is the world's fastest Bitcoin ASIC Miner.

Noise Level of the Whatsminer M30S++

It has a noise level of 75db. The noise level is average as most miners have a noise level of 60db to 80db. It is not ideal for in-house mining. Noise pollution is due to its high power consumption and its hash rate. For any new miner buying this product, you must factor in the Noise level if you want to buy it.

The miner comes with the most advanced 2-fan technology that helps to achieve extra heat dissipation and longevity. The Whatsminer M30 S++ device requires an Ethernet network connection and a 12V auto PSU with all of its input powers. The device is compact and has a weight that is easy to carry, use, and transport. The product allows a running temperature of 5 - 40 °C . With this ambient temperature, the device can perform at an efficient level. It has an efficiency of 0.31j/Gh.

The profitability of Whatsminer M30S++

The MicroBT Whatsminer M30 S++ is the most profitable Bitcoin miner. Because of its high hash rate of 112th/s and also the high power consumption of 3472W. With this hash rate, the miner manages to raise the average profitability of $12.31. The price of bitcoin often affects the profit that miners get and is mostly dependent on the location. Electricity price differs from region to region, and with a miner that has such a high rate of power consumption, putting the electric bills into consideration will affect profitability.

The Bitmain Antminer S19 pro is the second most profitable because it produces a hash rate of 110Th/s and is a fierce competitor to the MicroBT Whatsminer M30 S++. It generates an average daily profit between $7 to $12 after electricity cost deduction.

The Whatsminer M30S++ consumes 3472W of power. This power consumption is high compared to other miners. The power consumption is part of the reasons the miner is the fastest Bitcoin ASIC miner. With a high hash rate of 112Th/s, the electric power supply is very high. This factor is a discouraging factor to many of the new miners who want to start mining with the device. Electricity varies in different locations and should be factored in before getting the device as a miner.

The power consumption of this device is high compared to the other device in the market. It means that it will also consume electricity and cost the miner more to supply the power supply. The Whatsminer M30S++ has significant power consumption because it is one of the world's fastest and most profitable miners. So miners can overlook the need for an increase in the production cost because the profitability covers all expenses.

Coins you can mine with MicroBT Whatsminer M30S++