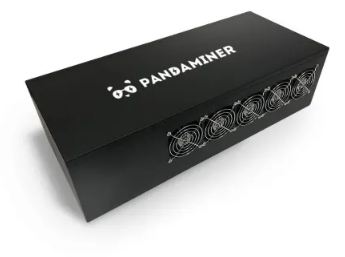 PandaMiner B7 Pro (8GB) is the latest Ethash miner from the PandaMiner manufacturer. It’s using the Ethash algorithm and comes with a maximum hash rate of 360 MH/s. The maximum power consumption of this Ethereum miner is 1650W. With the other miners from this manufacturer still yielding profit, this one too guarantees profitability. Ethereum and Ethereum Classic are some of the top coins to mine with the unit. Learn more about the PandaMiner B7 Pro 8GB in this thorough review.

About PandaMiner B7 Pro (8GB)

The miner was released in February 2021 and promised to deliver over $30 in daily profits. Most miners will love the fact that the power consumption is low and the hash rate is high. It allows them to mine longer while scaling down on running costs.

The miner weighs 18500g and comes in a commendable size. It seems that the manufacturer is targeting large-scale miners with the new unit.

Those who would want to increase their chances of mining can join leading mining pools. These pools include Ethermine, F2Pool, Poolin, SparkPool, ViaBTC, and more. You can only get this unit from the manufacturer.

No vendor has this unit on its shelves. It goes to show the seriousness the manufacturer is giving to this unit. The miner also uses a different OS, unlike other Ethash miners. You will find the Minerbabe OS on the B7 Pro.

Algorythm of PandaMiner B7 Pro (8GB)

With the miner using the Ethash algorithm, it means you get an algorythm using the Proof of work approach. You get a miner that is using the Ethernet interface with a maximum voltage of 220V.

It comes with a memory of 8 GB which makes it powerful than the previous models. There are 12 chipboards, and the chip’s name is RX580 (8 GB). The manufacturer had made sure to create a chip that’s powerful enough for the long haul.

Efficiency of the B7 Pro PandaMiner

It comes with a hash rate of 360 MH/s which is also a great leap towards a strong miner. For those who know about Ethereum, the hash rate in this unit is impressive. There are only a handful of Ethereum miners with this kind of hash rate.

And this goes to show the dedication PandaMiner has shown in mining Ethereum. The processor under the miner is another change the manufacturer has made to improve the unit. It’s now using the Celeron 64bits processor.

For this miner to perform efficiently and longer, miners have to use the recommended settings. Humidity and temperature play a vital role in ensuring the miner works at optimum levels. The maximum humidity allowed is 95 percent, with 5 percent being the minimum.

The Profitability of PandaMiner B7 Pro (8GB)

According to today’s market data, the miner shows a daily income of $35. Electricity cost is $4, which makes the daily profit to be within the $30 range. It means yearly profit with this unit is estimated to be $10,000. With the market favoring Ethereum by the day, this will be a profitable miner for long.

Warranty of the PandaMiner 8GB B7 Pro

There’s a 180-day warranty that only covers the initial buyer.

Polite Notice: Mining watchdog won't be held liable for any losses incurred while mining with the above unit. Kindly note that Crypto Mining is a risky investment.

Coins you can mine with PandaMiner B7 Pro (8G)