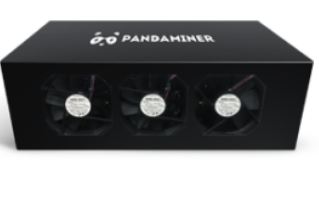 PandaMiner B9 is an Ethash algorithm miner whose top coin is Ethereum and Ethereum classic. Other profitable coins to mine include Callisto, EtherGem, Musicoin, Pirl, Ubiq, and more. The miner comes with a maximum hash rate of 330 MH/s and power consumption of 950W. Miners will love the fact that the miner has low power and a high hash rate. The unit has a hash rate larger than B3, B5, and B7 models. Learn more in this honest PandaMiner B9 Review.

Description and Features of PandaMiner B9

It would be best to keep in mind that this is a GPU-integrated miner with a GPU memory of 8GB. The memory size of the miner itself is 4 GB and uses the Windows 10 OS. It uses the Ethernet interface and has a maximum voltage of 220V.

The connection CPU is Inter R Celeron R CPU 3215U. When buying this miner, you should expect the power supply to be included. It’s using the 64-bit operating system and is a perfect option for large-scale Ethereum mining.

Miners should be glad that there are reliable mining pools to join with this unit. These mining pools include Ethermine, F2Pool, Poolin, SparkPool, and ViaBTC. With the miner being sold out in most stores, you can only get it from the manufacturer.

It goes to show how well Ethereum miners have received the unit. The miner is one of the best for large-scale mining as it takes less power and storage space.

Algorythm of B9 PandaMiner

The Ethash algorithm is GPU friendly and easily verifies transactions quickly. It’s also a safe algorithm to implement and use and is efficient in the production of blocks.

Efficiency of the B9 Miner

The low power consumption is not a hindrance as the miner has a high hash rate. Miners will love these two features as it gives them more time to mine while reducing operational costs.

Hash Rate of PandaMiner B9

330 MH/s is a large hash rate considering that this is an Ethereum miner. The manufacturer made sure that the hash rate is larger than other units. With a high hash rate, it means users are secure from the 51 percent attack.

The miners will also mint new coins faster thanks to the high hash rate. These are some of the main reasons why the miner was sold out. It’s a money-maker as it has a high hash rate and low power consumption.

80 decibels of sound is what you get as the maximum noise level with this unit. You can easily use the miner at home and expect no noise complaints from neighbors. The miner is also a perfect fit for large-scale mining.

There’s no indication of the number of fans available on the unit. We believe the number is between 2 and six. Fans play a vital role as they protect the miner from overheating.

The Profitability of PandaMiner B9

It comes with a staggering profit ratio of 1058 percent and an annual return percentage of 322 percent. Expect around $10K in returns per year which will increase once the market favors Ethereum.

Warranty of the B9

You get a 180-day warranty from the manufacturer. It only covers the original buyer of the product.

Mining watchdog intends to educate interested parties on the features and specs of the above unit. We won't be held liable for any losses incurred while mining with the above unit. Crypto mining is a risky investment.

Coins you can mine with PandaMiner B9