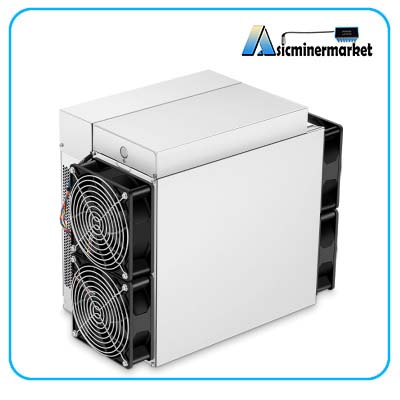 BITMAIN Antminer S19 95TH/s is a bitcoin SHA-256 algorithm Asic miner which uses the 5nm Asic chip technology, sold and traded by the Asic miner market company and is designed and manufactured by the Bitmain technology company, which is located in Beijing, China,

The Bitmain company is top-rated and is known as the largest and biggest bitcoin mining equipment designers and manufacturing company. It aims to provide more mining equipment to make mining very fast, easy and efficient.

The BITMAIN Antminer S19 95TH/s is a new asic miner released in the year 2020 and comprise of PSU.the Antminer S19 is known as the most powerful bitcoin miner, which is very more suitable and profitable than the Antminer S17 pro and S17+76TH.

The equipment is very nice in that it has a maximum hash rate of 95TH/s, and its power consumption is 3250W, which is very important for its user to have enough voltage watts in the place where the miner will be set because it requires a good and enough voltage watts to mine cryptocurrency.

Try out the miner and let us know your experience with it by dropping a comment.