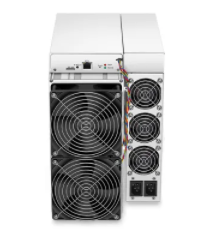 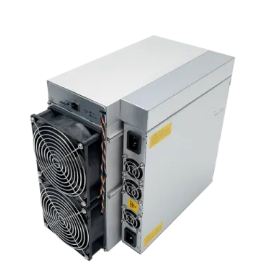 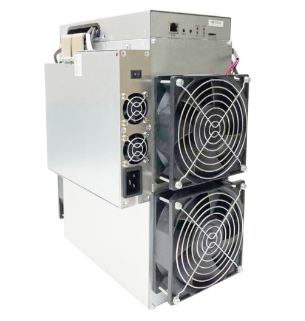 This coin shows a lot of potential. At the same time, it is not far from controversy. Craig Wright started the Bitcoin SV coin after disagreements in the Bitcoin Cash team. That is where the problem comes in. Some people in the community view Craig Wright as a scammer.

People know him as fake Satoshi. This is because he identified himself as the real Satoshi but could not prove it. Bitcoin SV coin is one of the best coins in the market. There are 18,582,489 coins in circulation in the market.

Bitcoin SV has four main pillars at its foundation. These include security, stability, scalability, and safe speedy transactions. Stability ensures businesses can plan years in advance and commit resources to build on a stable protocol.

Scalability allows Bitcoin SV to deliver capacity for a long time. The team behind the currency do this through scalable architecture. Additionally, they deploy miner configurable block sizes. Scalability opens up more use cases for the coins. It means Bitcoin SV can support much more transactions. This also means more rewards for miners

Safe instant transactions mean the currency is usable in small businesses. This would also enable new business models with micropayments and nano services.

Can Investors Mine Bitcoin SV?

Yes, Bitcoin SV coins are minable. This currency uses the Proof of Work model to compensate miners. However, this is not easy to mine cryptocurrency. Miners would need an ASIC computer to perform the mining operation. Therefore, the mining process is both power-intensive and memory intensive.

Bitcoin SV supports very large block sizes. In fact, the company has already mined a 103Mb block size. In future, Bitcoin SV could mine blocks that are multiple gigabytes in size. Many in the cryptocurrency community see this as unnecessary. The creator of Etherium, Vitalik Buterin, called it a stupid idea.

However, the team at this entity believe that this is necessary to support scalability. It is hard to figure out whether this is worthwhile. Many experts claim that this approach makes a centralizing tradeoff. Moreover, there have been reports of issues with this model. For example, there is the case of a miner mining two different blocks at the same height.

If the company can pull this off, then it would be something to look forward to. However, they need to convince the public this will not lead to centralization. Essentially, they need to uphold the original Bitcoin protocols. That should not be hard because it is their goal.

The Team behind Bitcoin SV

Craig Wright championed the development of Bitcoin SV. Controversy embroils him. People know him for claiming to be the real Satoshi. He could, however, not prove this to be true. Moreover, some theft allegations have been placed.

Seeing this, it is safe to say that Craig Wright does not have a good reputation. This hurts the image of this venture. Craig Wright needs to come clean on who he is.

Aside from Craig, other team members hold up. They have the necessary experience and background to support Bitcoin SV fully. They are fully committed to stimulating a global adoption of cryptocurrency. Moreover, they continue to research and develop the currency to ensure scalability. All while maintaining the original Bitcoin protocols.

Bitcoin SV developers are committed to maintaining excellent levels of security. They do this through rigorous quality assurance for mining node software. They achieve this by implementing vulnerability tests and addressing any vulnerabilities. This ensures that changes go through a diligent validation and formal process.

Moreover, the team offers lucrative bug bounties. This motivates and mobilizes security researchers from all over the world. They are able to work together to find and report security issues.

It is also important to remember that Bitcoin SV utilizes blockchain technology. The blockchain network is a distributed system.  This means that no one controls the network. Moreover, it means there is no single point of entry. The machines in the system work together to keep the system secure.

However, Bitcoin SV recently suffered security issues. It was hit by block reorgs in two separate 51% attacks. This is a huge dumper on the image of the currency. Even worse, Bitcoin SV uses one client. This means that everyone using the network was affected by the attack. Moreover, it means that there is no way to repair the damage from block reorgs.

Transactions are fully transparent on the Bitcoin SV network. The ledger is open to the public for viewing and maintaining. Details of transactions are accessible at all times.

Our Take on Bitcoin SV

Bitcoin SV has great potential. The vision of the development team is one to look forward to. If they can pull off scalability without compromising on centralization, it would be disruptive. It would stimulate the mass adoption of Bitcoin SV coins. However, as it stands, this does not seem to be the case.

Moreover, the image of the company continues to suffer due to controversy. Craig Wright needs to come straight on who he is. Otherwise, no one will trust him and his products.

Additionally, the development team needs to beef up the security of the network. The network should allow for recoverability and rolling back.

How to Buy Bitcoin SV

Apart from controversy, the entity is one of the best altcoins in the market. If you are looking to buy some BSV for yourself, there are several exchanges to explore. These include floatsv, coinsquare, conify Bitfinex, and coingate.

You can buy BSV using fiat or other cryptos. There are several crypto wallets that support BSV. These include centbee, handcash and relayx. You can store your currency in your wallet or an exchange.

Another way to buy Bitcoin SV is to purchase from an individual. BSV completely supports peer to peer transfers. However, you have to be cautious when buying BSV from individuals. Make sure you are buying from a reliable and trustworthy individual.

Bitcoin SV is one of the strongest cryptocurrencies in the market. The developers behind the currency are committed and experienced to spearhead this project into the future. Their goal is to see global adoption of the coin. However, this cannot happen with the many controversies surrounding the coin. Moreover, they need to beef up security.

The team behind BSV need to convince the cryptocurrency community that this is a stable model. This is because it will be much harder to convince the public. The public contains less tech-savvy individuals.

What People Are Saying About bitcoinsv