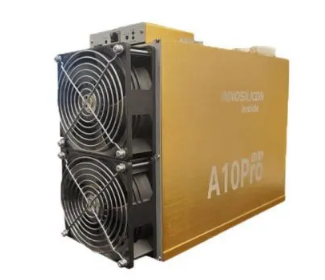 Different altcoins have been launched in the market, one of them is Quark chain; a stiff substitute for Ethereum. Both are competitor contenders for the next-generation high-speed blockchain. Quark chain(QKC) is mainly trying to serve as a remedy for a problem that most cryptocurrencies encounter, namely; blockchain trilemma.

After a successful launch of their IPO some recent time ago, the company has gained some new publicity. The promise that a possible of 1million transactions per second based on a bi-layered blockchain was very intriguing to the market base.

This blockchain is said to implement sharding. Sharding is the process where a blockchain gets split up into smaller collections called shards. The underlying prerequisite requirement in this division is that the transactions are broken into the same number of batches. Consequently, each of the shards processes a common batch of transanctions.

What is the Quark chain?

This is a blockchain running on decentralization and still permissionless, very secure, and finally very scalable. One of this altcoin’s goals is to utilize the sharding technology which helps bring to fruition over one million transactions per second.

The main objective of this blockchain is to become high capacity output, giving its users remedies that are secure, supersonic, for the use of decentralized applications.

The team behind Quark chain

The team behind Quark chain comprises of some very top-notch software engineers from Uber, Google, and Facebook. On matters of technology development and security, here we are dealing with none but the best. See, that sounds promising, doesn’t it?

Adding some icing to the cake, the team is backed up by a strong developmental team; together, especially with the help of the latter,  there has been the creation of an ln entire ecosystem around the Quark chain.

There have been numerous signings of partnerships, and also it seems very hopeful since the Quark chain has something cooking in store for its affiliates and customers. All this points to one thing; long-term sustainability and success of the Quark chain project.

The total numbers of tokens in circulation is about 800 million. The QKC token goes for about $0.03  giving us a total of roughly $24 million. Unless one is in a crushing bear market,  the price of such a cutting-edge tech; a brainchild of the world’s best minds, should never e as such. This is such a cut for us all. With all these components, Quark chain seems to have everything it takes to make it the next big thing in the market.

What makes the Quark chain different?

Apart from hastens and fastening, some outstanding traits differentiate the Quark chain blockchain from the rest. One of these traits is financial aids given to lightweight miners by allowing them to work without having to join a pool.

These incentives are purely based on game theory and work by the provision of incentives after they distribute hash power amongst shards. This is a decentralization enhancer.

Also, 50% of the total hash power is used to cover every transaction. The combination of this form of protection with the network’s decentralization serves as a nearly ideal immunity against double-spending attacks.

QKC possesses a built-in mechanism that supports cross-shards transactions, where one account can be used for all shards. The design allows for a single smart wallet. The wallet contains all cryptocurrencies belonging to various shards. Cross-shard transactions have an upper hand as one can conduct them at any time and the confirmation process takes minutes. Moreover, the cross-shard transaction is directly proportional to the number of shards thus providing scalability.

How to get a Quark chain?

There has been the provision of quite a several ways enabling involvement in the project. In 2018 The test net was launched after recruiting a hundred volunteers who acted as beta testers. Quark chain cordially welcomes personalities with prowess in the blockchain arena and technological field.

In September 2018 the team behind QKC publicized their code on GitHub. This enables for inspection at the prospect’s will. All this jjjust doesn’t end here as they carry out contests on the best developers to make a Quark chain test net by applying their nodes/clusters to attain the optimal number of transactions per second as long as a load test was provided. The grand prize of 1BTC  is provided to the winner.

These tokens are ERC-20 compatible coins. Quark chain held an ICO in 2018 where a total of $20 million was raised at a token price of $0.0197. Consequently, there was the creation of a total of 10 billion tokens with 0.2 of them channeled to ICO sale. The rest were subdivided as follows; 0.15 to the developers’ team, 0.05 to project advisors, and 0.15 for the Quark chain foundation. The remaining 45%  was set aside for mining, marketing, and the community. It is notable that in the future, inflation is bound to arise from the QKC mining team.

How to buy QKC tokens

If interested in buying these tokens, they are easily purchasable at Bitfinex, Binance for either ETH or BTC.  Other smaller exchange offers are also available at Gate.io and KuCoin. However, it is notably important to comprehend that they are not purchasable via fiat currency.

Also, due to the compatibility of QKC with ERC-20, storage is simplified. Here one can store the tokens in ERC-20 compatible wallets such as Meta Mask, My Crypto, My Ether Wallet amongst others. Beware! The most advisable form of storage is in a hardware wallet.

The support of multiple dApps is one of the outstanding features of this blockchain. This includes apps affiliated with gaming, artificial intelligence, big data, advertisement, and peer-to-peer economies.

Who are Quark chain’s team and advisors

The team of experts behind the scenes is incredibly comprising of experienced gurus in the field. A couple of these advisors include; Qi Zhou (Founder), possessing over a decade’s experience at Google. He boasts of a doctorate from the Georgia Institute of Technology. Acting as boosters to the Qi team is Zhaoguang Wang, a former software engineer vat Google, Facebook, and possesses an MSc in Computer Science. Moreover, the list continues with personas such as Paul Veradittakit and Bill Moore.

As many block chains struggle with scalability issues, it seems Quark chain is on the fore-front to do away with such. It is indeed a very fruitful and promising venture if peak, optimal functionality is attained. It is vivid that investment in QKC is bound to be very hefty and bounty returns are made in the long run.

What People Are Saying About QuarkChain