This value proposition sells itself. Cryptocurrencies carry a lot of benefits in many sectors. Their adoption would help improve a lot of transactions. Moreover, they get rid of the middlemen in transactions. This has both economic and security benefits.

Further, Energi is a smart contract platform. This means that users can trust the code of smart contracts to facilitate transactions. Also, platform has the capabilities to grow. Its masternodes make this possible.

To understand how Energi works, we have to look at its three main features. These include self-funding, self-governance and masternodes.

This self-funding model is what helps Energi grow. This model is bringing better returns than the systems in other cryptocurrencies like Dash.

The governance of the Energi blockchain is community-based. Here, any stakeholder can submit a proposal for changes and updates. Then, the masternode owners vote on the proposal to determine whether it is viable. This governance model encourages the adoption of Energi. This is because it gives users a voice.

The other important aspect to look at is the masternodes of Energi. The masternode enables speedy transactions. Energi is a fork of Dash. Hence, it features Instant Send and Private Send. But Energi has improved speeds for transactions.

Can Investors Mine Energi Coins?

In the Proof of Stake system, people can validate transactions according to how many coins they hold.

Many people consider the Proof of Stake to be more secure. This is because the PoS makes it unfeasible to perform a 51% attack on the network.

A 51% attack may happen when a miner or a mining pool controls 51% or more of the mining power of a network. This may occur when there are fewer miners than required to mine coins. The miner or the mining pool may choose to create fraudulent blocks to receive rewards. Moreover, they can invalidate the transactions of others.

The PoS makes this a non-issue. Validators of the network own the most coins in the blockchain. Therefore, it makes no sense to attack a network in which they hold a considerable stake.

The Team behind Energi

Energi has an experienced team of crypto enthusiasts behind it. The CEO and founder is Tommy. Tommy is a respected leader and educator in blockchain and cryptocurrency. He has vast experience in technology and economics. His passion for and knowledge of blockchain technology is what birthed Energi.

Beside Tommy is Ryan Lucchese. He is the -president of company and oversees the day-to-day operations of the company. Further, Ryan is a veteran software development expert. Furthermore, he was an engineer at Hyland Software and NCH Software.

Additionally, the team includes Andrey Galkin. He is the lead developer. Andrey has a strong background in engineering. Further, he has previously held various positions in both enterprise and startup environments.

Seeing this, we can conclude that Energi is in safe hands. This team has enough experience to steer the project into the future. The team is engaging on several social media platforms. You can find them on Twitter, Discord, Telegram Facebook, Instagram, among other places.

Energi is a blockchain project. Generally, blockchain networks are very secure. That is because decentralized nodes in the network together work together to maintain a consensus. Additionally, there is no central database to attack. Even better, neighboring nodes help destroyed nodes recover in case of an attack.

But Energi does not stop there. The coin has an Energi Defense Department. This department works alongside law enforcement and cyber security experts to investigate and help safeguard the coin. Moreover, the addition of smart contracts adds another layer to the security of the network.

Energi also has a solution to 51% attacks. They use the Proof of Stake consensus model. This ensures validators do not attack the network as they have a stake in it.

The company allows for private transactions. This is because Energi is a fork of Dash. It has the same privacy protocols as Dash. This is an intriguing aspect to an already impressive blockchain.

Our Take on Energi

Energi has an interesting approach to stimulating global adoption of cryptocurrencies. It hosts one of the most versatile blockchains that exist. Their mission and vision is something you can easily get behind.

Additionally, the operations of the blockchain are intriguing. Energi is a self-funded and self-governed blockchain. This brings us something we do not see often.  The company has a lot of economic incentives.

However, the market cap records of this coin are a little worrying. The coin went from 200th to 58th in market cap as of July 2019. Unfortunately, it has since dropped to 156th. The market never lies, and this may be a sign. It is impossible to tell the direction that Energi will take in the future.

Moreover, some cryptocurrency enthusiasts feel that the venture lacks transparency. They claim that Energi’s launch was fair, but that’s hardly the case. The mainnet was never announced until block height 171897.

Where to Buy Energi Coins

If this coin is intriguing to you, you can proceed to buy it. There are several exchanges you can use to obtain NRG coins. These include HitBTC, DigiFinex, Bitfinex,Hotbit and WhiteBIT. The price of one NRG coin stands at $1.37 at the time of writing this.

You can choose to hold the coins to sell them at a later date. Some of the best wallets to hold Energi coins include MyEnergiWallet and Coinami wallet. However, you cannot use Coinami wallet to stake your coins.

Energi has a value proposition that is easy to get behind. The team’s goal is to stimulate global adoption of cryptocurrencies. To do this, the company features a self-funding and self-governing system. This is intriguing. It means the platform can be more decentralized.

However, some people feel the platform team is not transparent about its mainnet launch. Moreover, the NRG coin recently fell in market cap share. This may make people skeptical about adopting Energi. 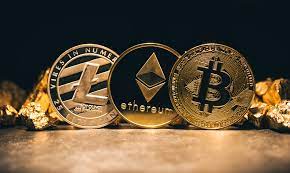 What's Next for Cryptocurrencies?

Cryptocurrencies have been in presence since 2008, starting from Bitcoin and prompting numerous other altcoins. However, these new resources give monetary security, but t... 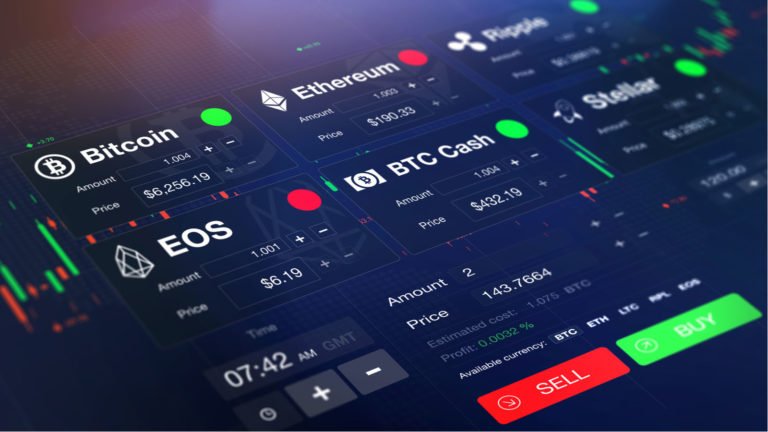 Investing in Cryptocurrencies and I...

Cryptocurrencies and ICOs are what an initial public offer is to the stock market. In this case, you invest in a company's idea to create a blockchain. In return, the com...

What People Are Saying About Energi